Tweeting as an Alternative to Discussion Forums

Tweeting as an Alternative to Discussion Forums 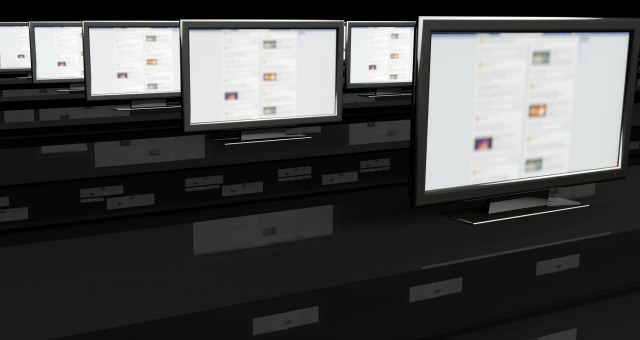 There has recently been quite a bit of discussion on ways to use Twitter in education. But commentators have said little about whether Twitter offers advantages over traditional LMS discussion forums. Should the online instructor use Twitter instead of the tried and true LMS?
Tags:

Magna Publications © 2022 All rights reserved
There has recently been quite a bit of discussion on ways to use Twitter in education. But commentators have said little about whether Twitter offers advantages over traditional LMS discussion forums. Should the online instructor use Twitter instead of the tried and true LMS? Linda Rohr and Jane Costello of Memorial University of Newfoundland compared tweeting to LMS discussion in their large enrollment online Human Kinetics and Recreation course, and discovered that Twitter does indeed produce benefits over LSM discussion forums. Students were asked to tweet twice during the course in response to pre-assigned question prompts, as well as post to discussion forums. They were also required to post a response to another student’s tweet, and were graded on the tweets, just as they were for the LMS discussion. Students then filled out surveys about their experiences and the researchers compared the tweets to discussion postings. The surveys indicated that 71% of the students preferred tweeting over traditional discussion. One reason was that Twitter led students to think more deeply about course content because they were forced to express themselves succinctly in order to fit the message into the 140 charter limit. The unlimited length of LMS discussion postings allowed students to simply unwind their thoughts from start to finish without going back and considering what they said. But when your cursor keeps stopping during your message, you are forced to reflect on what you want to say, picking out what is most important, and thinking about different ways to say it. This self-reflection improved student understanding of the course content. Students also felt more connected to one another due to the real-time interaction of tweeting. Tweeting is something that a student can do anytime, anywhere they have their cell phones—and they always have their cell phones. A traditional LMS discussion requires logging into the course once a day or every other day. Twitter allowed students to post messages as they occurred to them, and to respond to other’s postings in real time. The result was a better sense of community in the course. The online discussion became closer to a synchronous face-to-face discussion. Students also tweeted more often than they posted to discussion, with most students tweeting more than the minimum required. This could be because of the greater ease of tweeting. But it could also be because students felt that the tweets expressed more of themselves. Students tend to enter an “academic” frame of mind in discussion forums. But tweeting felt more a part of their everyday activities, and thus might have led to greater comfort in expressing their real thoughts. The researchers provide some suggestions for faculty interested in integrating Twitter into their online teaching. One is that Twitter is ideal for field observations. Students in the course were asked to reflect on their own health habits, and could tweet about their activities as they were doing them, such as exercising or eating. The field observations can be incorporated into a variety of online course subjects. Students in an art course could tweet their thoughts at a museum, and students in a marketing course can tweet about a striking ad they see on the street or in a store. Twitter thus connects the course better with student lived experience. Two, researchers asked students to set up separate Twitter accounts for their coursework. This made some of the students more comfortable because they were not posting course related content to their non-classmate Twitter followers. Three, it is a good idea to use a Twitter aggregator to read and grade tweets. While Twitter has a website, few people use it to send or read tweets because it is not organized well. Twitter aggregators allow users to sort tweets by sender, topic, hashtag, etc., and so are much better for viewing large groups of tweets. TweetDeck is a well-known aggregator that organizes tweets in a visually appealing format. The instructor can search for a single student using the student’s handle (their “@” name), or set up a single hashtag for the course and ask the students to preface their tweets with that hashtag (a “#” tag). Then the instructor can search on the hashtag to get all of the course tweets at once. Take a look at this good tutorial on how to use TweetDeck, and consider ways to incorporate tweeting into your online courses: https://youtu.be/6YysKcsDjt0. References Rohr, L. & Costello, J. (2015). Student Perceptions of Twitters’ Effectiveness for Assessment in a Large Enrollment Online Course, Online Learning, v. 19, i. 4, September, 2015.