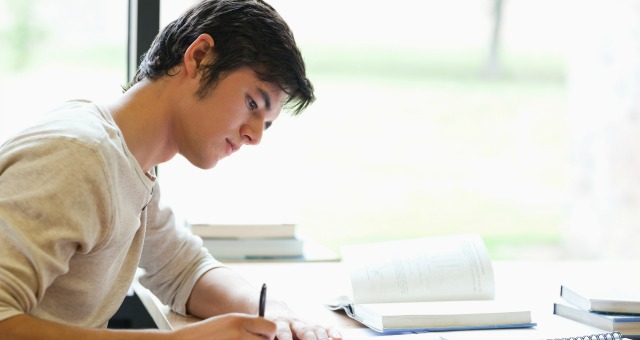 When final paper time looms, students become increasingly anxious about the grammatical errors they believe lurk in their writing. That belief is so strong it can undermine their drafts. Even worse, students have come to expect that their professors will point out errors—and make corrections—that seem invisible to student eyes. Such a learned practice dissuades students from the far more productive work of rewriting sentences that would remove many of those errors just as invisibly. Helping students learn how to revise and rewrite should be our priority so that their writing becomes more effective and they’re able to eyeball what remaining errors need correcting. Nevertheless, even with that process, some errors persist. For years, I struggled with determining how much instruction to devote to error, how to time such instruction, and where to conduct it—classroom, conference, or paper annotations—so that my efforts would prove more helpful than hurtful.
Tags:

“I Don’t Understand What You Want in This Assignment”
Maryellen Weimer and Gary R. Hafer January 3, 2019

“I Don’t Understand What You Want in This Assignment”

Writing Assignments: A Self-Assessment for Faculty

Writing Assignments: A Self-Evaluation for Students

I had a teacher who used to say that the comma is unteachable. I’m not that pessimistic, but I believe a little bit can go a long way. So, to start, when you’re putting in commas:

(Again, I’ll show student examples on a slide. Identify the simple subject and verb—that’s it. Push to have that advice followed consistently because you are establishing the structure of clauses in a sentence.)

(If warranted, I’ll give other advice that’s increasingly more prescriptive, with examples on slide decks. If you show you’re giving rules against your immediate impulse, so to speak, you heighten the sense of their importance to better writing. You will also feed into that mode of learning called cognitive disfluency, where the error stands out boldly as something to be corrected and therefore learned. Such piqued interest is like the raised consciousness we witness at the beginning and end of class.)

Pacing is important. If I see good performance on the comma and terminal punctuation, I’ll turn to word choices that require attention to commas and terminal punctuation. For instance, if I show “third tier” instances where students should prefer that over which, I’ll define the first without commas and the latter with commas. All the time I’m teaching inductively the roundabout of sentence rewriting, through punctuation. When students can confidently perform the first two tiers, I’ll deal with the third briefly and then move into the fourth sentence-level punctuation: colons, semicolons, and dashes (they are not hyphens). Most students can’t use them. But they’re not difficult if you follow the same script: student examples of doing it correctly after having tackled the other tiers under the writer’s control. The dash fits just about everywhere, so it isn’t used as much in formal writing. That’s where the colon comes in, but its uses are restricted. They are like arrows pointing to the end of the sentence and emphasize what the writer just presented. In most classes, there isn’t time for intense grammatical instruction, and that’s a good thing. You could learn all the grammatical preferences for academic writing in your discipline, including the uses of punctuation, without mastering how to effect change in your own writing. But if your students are reading aloud and you’re giving brief practices in the tiers of punctuation—moving from one to the next only after student writers are performing—you’re giving students the apparatus to hear their voice as they begin to rewrite. Without that voice, they haven’t truly begun to punctuate error. References Kellogg, R. T., Whiteford, A. P., Turner, C. E., Cahill, M., & Mertens, A. (2013). Working memory in written composition: An evaluation of the 1996 model. Journal of Writing Research, 5(2), 159-190. Pan, S. C. (August 4, 2015). The interleaving effect: Mixing it up boosts learning. Scientific America [Web page]. Retrieved from www.scientificamerican.com: https://www.scientificamerican.com/article/the-interleaving-effect-mixing-it-up-boosts-learning/ Perrault, S. T. (2011). Cognition and error in student writing. Journal on excellence in college teaching, 22(3), 47-73. Gary R. Hafer is the John P. Graham Teaching Professor at Lycoming College, where he teaches College Composition, Classical and Modern Rhetoric, and Learning Without Teachers. He is the author of Embracing Writing: Ways to Teach Reluctant Writers in Any College Course (Jossey-Bass, 2014).