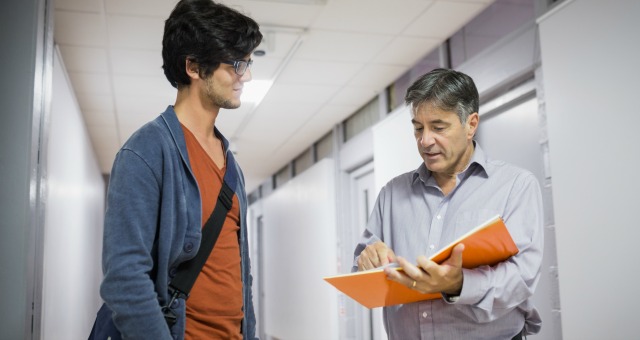 How Should We Respond to Student Entitlement?
Maryellen Weimer October 18, 2017

How Should We Respond to Student Entitlement?

How widespread is it? Very, if you talk with faculty. They’ve seen it, experienced it, can tell stories about it, and know colleagues who’ve had to deal with it. The research (and there’s not a lot) reports finding less student entitlement than faculty do. In one study, 370 business students had a “low sense” of entitlement on a research-developed instrument (a 2.82 mean on a 7-point scale, Elias, 2017). In another, a 2.63 mean on the slightly disagree side of a 6-point scale represented the views of a 466, cross-disciplinary student cohort (Greenberger et al., 2008). What does it look like? Despite agreement on the definition, there’s not much consensus on the beliefs and behaviors that illustrate entitlement. Those commonly proposed include the belief that effort should count (“If I’m trying, the professor should consider that”), that grades should be adjusted in favor of the student (“If my grade is close to the cutoff, the professor ought to bump it up”), that professors are responsible for student learning (“If the prof can’t explain it clearly, I shouldn’t have to learn it”), that professors owe students certain things (“If I need help, the professor should come to me”), that students have the right to behave as they see fit (“The professor shouldn’t care if I come late or leave early”), and that exams and courses are better if they’re not terribly taxing (“I like courses where I don’t have work too hard”). Can a student be entitled without being rude and disruptive? Yes. Students can have beliefs like those mentioned above and only discuss them with other students or not discuss them at all. Part of what makes entitlement challenging for teachers are those students who do verbally express the attitudes, often aggressively. What the research hasn’t yet sorted out is the percentage of students who do and don’t express these attitudes to their teachers and whether those unexpressed attitudes affect learning outcomes. Are millennial students more entitled than previous generations? That’s another widely held assumption in the academic community, but support from research is indirect and inconsistent. Research does show an association between narcissism and entitlement but there’s disagreement as to whether college students today are more narcissistic than they were previously. There is evidence that millennials do believe more strongly in their capabilities at the same time they report weaker work ethics. And the research is uncovering some interesting blips. The entitlement attitude found in some studies isn’t related to one’s age or year in school. Is entitlement something that only happens in the academic environment? No, it has been studied, written about, and observed in other contexts (like work environments), but some of its features are unique to the academic environment—such as, the idea that grades are deserved, not necessarily earned. What’s causing it? There’s a plethora of reasons that have been proposed. Some research has tied entitlement to personality characteristics; other researchers have looked at parenting and parental expectations. A number think it’s the result of previous educational experiences and/or grade inflation. Some blame technology that gives students greater access to teachers and the expectation of immediate responses. Fairly regularly, student evaluations are blamed for the anonymous power and control they give students. And finally, there’s the rise in consumerism that’s now associated with education. Students (and their parents) pay (usually a lot) for college and the sense that those tuition dollars entitle them to certain things, is generally not what teachers think education entitles learners to receive. At this point it’s probably safe to say that entitlement is not being caused by one thing but by a collection of them, and the causes vary depending on the student. How should teachers respond? This is probably the most important question and the one not being addressed in the research or talked about much by teachers. Perhaps that’s because the entitlement discussion isn’t an easy one to have with students. If students endorse an entitled attitude (“I’m paying for the class and that entitles me to use my phone if I want to”), telling them that’s wrong isn’t likely to change the attitude. It helps if teachers clarify their expectations with constructive positive language and even more importantly with discussions of the rationales on which those expectations rest. Teacher authority gets most students to follow the rules, but force doesn’t generally change attitudes and those are what need to be fixed in this case. This an important and complex issue, difficult to explore deeply in a single post. I invite you to join me on October 18 for Student Entitlement: Truth, Fiction, or Some of Both and stay tuned for more in-depth information and resources that we’ll make available in Faculty Focus Premium in subsequent weeks. References Elias, R. Z. (2017). Academic entitlement and its relationship to cheating ethics. Journal of Education for Business, 92(4), 194–199. Greenberger, E., et al. (2008). Self-entitled college students: Contributions of personality, parenting and motivational factors. Journal of Youth Adolescence, 37, 1193–1204.