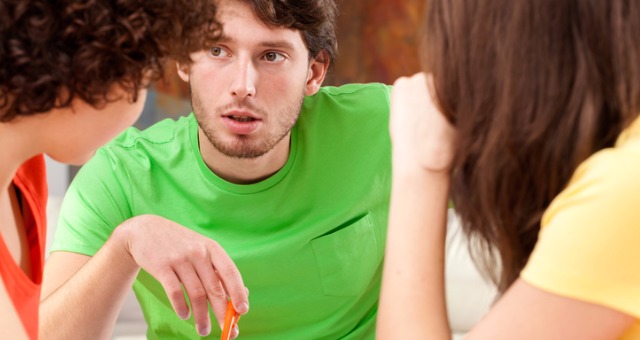 The scenarios here can be used to explore the salient issues, starting with a deeper understanding of what entitlement involves. Most of the definitions are clear, but pretty generic. The conversation gets interesting when it focuses on what entitlement looks like when students have it or do it. The scenarios highlight some situations typically associated with entitlement. The discussion could start with student responses and actions that illustrate entitled attitudes and beliefs. But not every student request or objection is an entitled one. Sometimes students have legitimate concerns. Could that be the case in any of the scenarios outlined below? Another rich discussion area involves whether certain faculty policies or practices promote student entitlement. Greenberger et. al. (2008) asks about the circumstances within higher education that foster it. The discussion could encompass higher education, generally, but the focus on faculty is important. Are we part of the problem? Are any of the policies and practices described or hinted at in the scenarios encouraging the sense of entitlement? Grading systems that rely on points? Policies that allow for absences? Giving partial credit? The most needed discussion is the one that explores faculty responses to entitled attitudes and actions. Is the best approach to take the offensive—start the course by clarifying expectations? Outright discussions of entitlement—what it is and why it’s wrong? The scenarios have been purposely written with a certain degree of ambiguity. Some responses to them will reflect entitled attitudes and beliefs, however, in some cases, the student may have a legitimate issue. Students could start by first discussing whether the scenario reveals entitlement or a legitimate concern. You might find there’s some disagreement among your students in terms of what is entitled behavior and what isn’t.
Tags:

How to Respond to Hostile, Inappropriate Comments in Class
Tasha Souza, PhD April 11, 2017

Coping with Seven Disruptive Personality Types in the Classroom

How to Respond to Hostile, Inappropriate Comments in Class

Embracing Tension in the Classroom