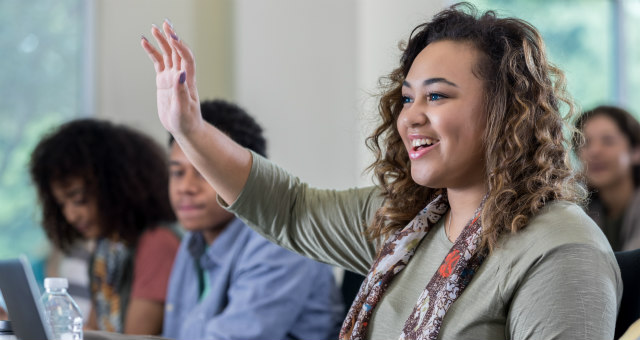 What if there were a simple classroom exercise that could create positive and lasting effects on the academic performance and persistence of students—in particular, students who are under-represented in your field? It turns out there is. More accurately, there are a number of such exercises—let’s call them interventions—that research shows are effective. The interventions grow out of two intersecting bodies of literature in social psychology and are described in drastically over-simplified terms below. Mindset research, widely known as the brainchild of Stanford’s Carol Dweck (2006), holds that students’ beliefs about learning and intelligence profoundly influence their ability to persist in the face of challenges and setbacks. Students with a “growth mindset” believe that intelligence is malleable, learning is often effortful, and failure is a natural (and perhaps necessary) part of personal and academic growth. When students with a growth mindset fail, it does not threaten their sense of identity, so they are able to move on and persist. As a result, they have a capacity for resilience that ultimately serves them well in academics and in life. Students with a “fixed mindset,” on the other hand, view intelligence as innate and failure as a threat to their core identity (“But I’m an A student! How could I fail?!”). They are fine as long as they succeed, but tend to panic, give up, or even cheat when they encounter setbacks or find that learning is harder than they anticipated. In other words, they are brittle rather than resilient. Stereotype threat research, championed by scholars like Claude Steele (2010), has a different but overlapping focus on issues related to identity. It shows that students from groups stigmatized or stereotyped on the basis of social identity (race, ethnicity, gender, age, etc.) experience stress when asked to perform challenging tasks that converge with known stereotypes. Think, for example, of women in STEM fields or the elderly performing memory tasks. The internalized pressure not to confirm stereotypes interferes with cognition, creating a kind of mental “noise” that negatively affects performance. Sophisticated experiments have shown that when a task-relevant negative stereotype is triggered in the minds of students from the stereotyped group, their performance measurably declines. However, when the stereotype is not triggered—or when steps are taken to actively reduce its salience—the performance of these students is significantly higher. As powerfully detrimental as the effects of fixed mindsets and stereotype threat can be, there is good news coming out of both fields. Students with fixed mindsets can develop growth mindsets. In doing so, they can raise not only their short-term academic performance but also their long-term ability to bounce back from setbacks and persist in challenging fields. Stereotype threat, moreover, can be mitigated, and when it is, it can significantly decrease and sometimes outright erase the performance differential between stereotyped and non-stereotyped groups. In addition, reducing stereotype threat can help members of underrepresented groups overcome imposter syndrome and develop a stronger and more resilient sense of belonging and self-efficacy within a given field. Still better news: simple interventions can address both issues simultaneously. And – this part is perhaps the most encouraging of all—they create positive effects that snowball rather than diminish over time, as positive outcomes generate confidence that lead to still more positive outcomes (Yeager and Walton, 2011). While these interventions seem almost magical, Yeager and Walton point out in their excellent review of the research (2011) that they’re not magical at all: they simply leverage what we know about the human mind, in particular how emotion and cognition interact.
Tags:

Suggestions for Successfully Launching a Course

Let Me Tell You a Story: Enhancing Teaching and Learning through Personal Stories

A Different Way to Provide Feedback of Student Learning

The Appreciative Close: A Strategy for Creating a Classroom Community