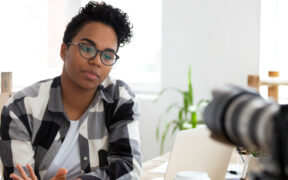 The first thing that nearly all NFL players do the day after a game is watch film of their performance. Video provides an outside perspective that shows them things they would not be able to ... 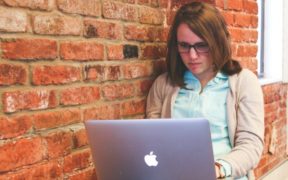 Grading and Feedback
Dos and Don’ts of Effective Feedback
B. Jean Mandernach November 29, 2016

Do provide feedback that is action-oriented and tells student what they should do with the feedback information. Don't focus exclusively on the cognitive component of learning without considering the impact of feedback on students’ motivation ... 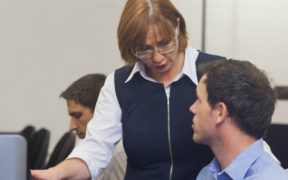 For Those Who Teach
What Kind of Feedback Helps Students Who Are Doing Poorly?
Maryellen Weimer August 5, 2015

Students perform poorly in our courses for a variety of reasons. Here are some students you’ve likely encountered over the years, as well as a few ideas on the type of feedback that best helps ...

chat_bubble0 Comments visibility6289 Views
For Those Who Teach
When to Use Whole Class Feedback
Maryellen Weimer September 17, 2014

Whole class feedback … you know, when the teacher returns a set of papers or exams and talks to the entire class about its performance, or the debriefing part of an activity where the teacher ...

The first thing that nearly all NFL players do the day after a game is watch film of their performance. Video provides an outside perspective that shows them things they would not be able to see from their own perspective. For instance, after a couple of subpar years (by his standards), Green Bay Packers quarterback Aaron Rodgers “scouted himself” by watching film of his play over the years. In doing so, he noticed a small problem in his throwing motion that he acquired while compensating for an injury. This allowed him to fix the problem and transform his game.

Students can also benefit from watching video of their performance. Teacher education programs often film student teachers leading a class so that they can pick up facial expressions, gestures, and verbal nuances that they were not aware of. But despite the ability to shoot video for free from a cell phone, higher education has not used filming much beyond teacher education programs. For instance, why not film student presentations in any course so that the students can see how their gestures may be undermining their message? Not only will students learn quite a bit from watching themselves from the outside (they could submit a self-assessment to the instructor afterward), but the instructor and other students can add their own commentary to help the student improve their public speaking skills.

There are many other ways to use video in education, especially student-made videos for course assignments, but one challenge is providing feedback on those videos. Learning management systems are not designed for giving feedback on videos. Unlike text assignments, on which faculty can provide margin comment feedback, learning management systems allow only general comments on the work as a whole. This is why video hosting and commenting systems can be valuable tools for providing feedback on student videos. They offer time-stamped comments that appear directly where the comment applies, and instructors can use them for hosting class discussions around outside videos. Plus, some systems allow educators to add questions and other interactions to those videos to ensure that students get what the instructor wants out of them.

Below are six systems that work well for commenting on videos.

Vimeo offers a popular alternative to YouTube due to its ad-free viewing and high image quality. It also has excellent editing and collaboration features. In particular, the video owner can allow others to provide time-stamped comments that run along the right edge of the screen while the video is playing. The videos can be made private so as to require a password to view, or simply unsearchable, making the link to it a kind of password. Plus, Vimeo has a screencast recording feature, making it an all-in-one system for recording, editing, hosting, and commenting on videos. It’s also a good option to use if students want to publish their work for the world to see.

Frame.io is a video editing and hosting site that has many professional features, allowing more technically adept students to exercise their creativity by adding flourishes to their work. It also has a time-stamped commenting system as part of its collaboration feature. Unlike other systems, the viewer can even pause the video, add comments, and draw on the video with circles and arrows to highlight what they are talking about.

GoReact is specifically designed for giving students feedback on their videos and is used by many universities in the United States. Not only does it allow for time-stamped comments, but those comments can themselves include video or audio feedback. Plus, it offers grade book integration with the major learning management systems as well as built-in rubrics for assessments. There is no free plan, however, and so it is best to see whether your department or institution is willing to pay for a license for wider use.

YouTube: Many faculty shy away from YouTube due to the ads, but students are used to seeing ads on YouTube and elsewhere. Videos can also be made private or unlisted, and an instructor can set up a private video channel that only students in the class can access. One new feature is the ability to time-stamp comments. The time stamp appears at the front of the comment and, when clicked, takes the viewer directly to the point in the video the comment references.

Vialogues is a completely free system designed for educators to facilitate class discussions around videos. Teachers can link or upload videos can be uploaded or linked from YouTube or Vimeo and then put into a class set up by the teacher to allow viewing only by students in that class. Besides time-stamped comments, educators can add polls and multiple-choice questions to the videos. They can also embed the videos into their LMS so students can view them without leaving the online class.

VideoAnt is a free video commenting system that Brad Hosack at the University of Minnesota developed to facilitate student and teacher video annotation. It has a simple and easy-to-use time-stamped commenting system along the sidebar and allows users to export videos and share them with others. The one weakness is that it cannot host video, meaning that videos cannot be uploaded to it but rather must live on some other site, such as YouTube or Dropbox.