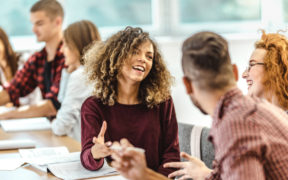 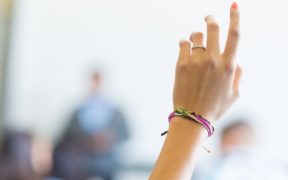 For Those Who Teach
Defining Discussion
Maryellen Weimer April 15, 2019 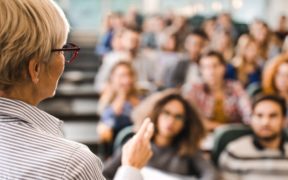 For Those Who Teach
Unpacking a Cold-Calling Technique
Maryellen Weimer February 18, 2019

“The Case for Cold-Calling. . .” I hadn’t finished reading the title before I started thinking, “I need to respond with the case against.” But I read on and changed my mind. The article proposed ... 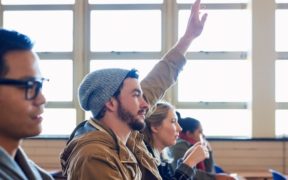 Participation and Discussion
Why Do We Ask Questions?
Julie A. Schrock, PhD August 13, 2018

It makes me cringe when I ask a question and a student responds with, “I’m not sure if this is the answer you want, but…” Somehow students have the impression that our sole purpose for ... 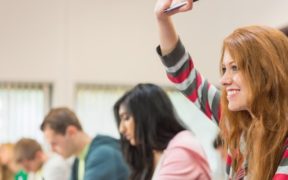 Most of us have experienced the dreaded quiet class. Typically, it’s the class where only a few students speak and it’s always the same three or four. Everyone else sits passively and waits out the ... 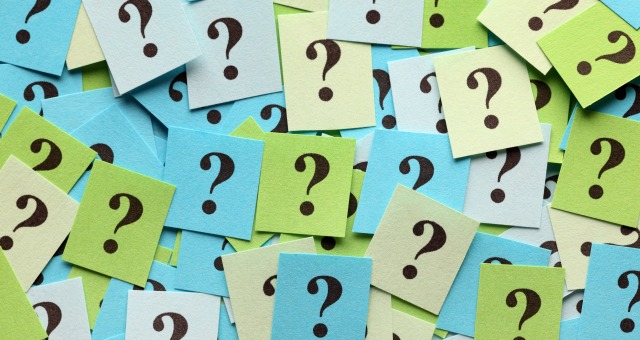 Participation and Discussion
Questions to Ask When Students Won’t Participate
Maryellen Weimer May 9, 2017

Participation continues to be one of the most common methods faculty use to get students involved in their learning. It’s a go-to strategy for many, but various studies have shown that it’s not always used ... 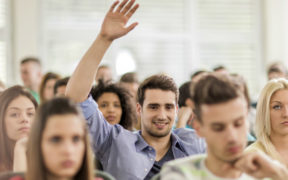 Here’s a collection of five different participation policies. I encourage you to use them to stimulate thinking and conversations about how a participation policy's content and tone can influence learning and classroom climate. Which policies ... 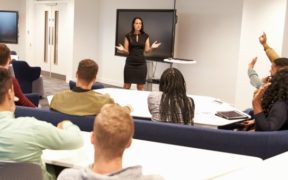 Most faculty aspire to engage and involve students in interesting and insightful discussions. But these in-class and online exchanges frequently disappoint faculty. Students come to them unprepared. They engage reluctantly. Their individual and unrelated comments ... 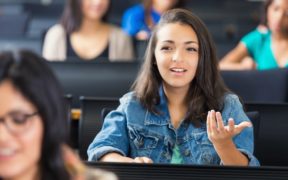 A lot of good research has been done on participation in college classrooms. Here are some key findings and references that provide excellent background and reasons why working to get more students participating is so ... 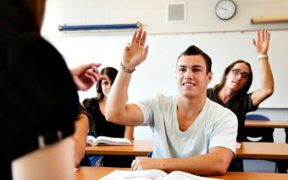 Participation and Discussion
Strategies That Increase the Number of Students Who Participate in Class
Maryellen Weimer December 1, 2016

For years I have used a game I call the Blame Game in my Intellectual Heritage I classes. Intellectual Heritage I is an interdisciplinary course in critical reading that focuses on works of literature, philosophy, and religion. Several of the texts I use in this course, including The Epic of Gilgamesh, Genesis, and the Iliad, lend themselves well to the Blame Game; in fact, through episodes of narrative peril, they essentially inspired it! More to the point, the game has almost invariably led to lively class discussions, even prompting otherwise reticent students to participate. Still, it was not until I co-facilitated a faculty workshop on student participation that I truly realized why the Blame Game seems so effectively to inspire student participation, and I was able to use the realization to design a new game for another course: Intellectual Heritage II. In short, the reason for the game’s success lay not in playing a game per se but in having the students rank things.

As I explained in the workshop, the game involves choosing two or more characters—four seems to be an optimal number—from a particular text, such as Adam, Eve, God, and the serpent from Genesis. Then the teacher draws the class’s attention to a perilous episode involving the characters—for instance, Adam and Eve’s transgression in eating the fruit in Genesis 3. During open discussion, the students rank the characters on a scale of 1 to 10 in terms of the blame each character shares for the incident. A “1” means little or no blame, and a “10” means practically total blame. The students are free to rank each character anywhere along the scale they wish, but they must defend their ranking with textual references or allusions. The game, happily, often inspires disagreement and debate, with one hypothetical student, for instance, giving Adam a “3” (some blame) and another student giving him a “9” (a preponderance of blame).

As my colleagues and I evaluated the game, we perceived that it may well be effective at fostering participation for a connected set of reasons. The game, we reasoned, taps into the curious pleasure associated with list making—for instance, the top 10 this or that. What is more, the nature of the subjects, such as the archetypal transgression in Genesis 3—or Enkidu’s death in The Epic of Gilgamesh or Patroclus’s death in the Iliad—leaves plenty of room for disagreement over how to rank the characters in terms of their responsibility for a specific incident. Drawing on this insight, I quickly determined that a comparable game could involve ranking things other than literary characters’ blameworthiness, and this determination helped me to bring the Blame Game’s success to another course.

Post-workshop, however, my thoughts turned more broadly to ranking as opposed to blaming. Thus, I designed a new game: Great Ideas, Then and Now. In this game, students rank both the historical and contemporary impact of the great ideas conveyed in the aforementioned texts: heliocentrism, Darwinism, communism, and gender inequity. The scale is still 1–10, but the numbers’ significance differs. For instance, a “9” for the historical importance of heliocentrism means the idea was vital when it emerged in historical context. A “2” for contemporary significance means it no longer has the impact it once had. As with the Blame Game, though, there is room for healthy disagreement. For instance, when I piloted Great Ideas, Then and Now in spring 2019, several vocal students argued that heliocentrism had an immense impact during the Renaissance but is taken for granted today, lowering its contemporary number. One or two others, however, suggested that it may be taken for granted today but still provides the foundation for modern cosmology, making a higher contemporary number appropriate.

The point here is not for teachers to use the Blame Game or Great Ideas, Then and Now in their classes (though they may absolutely do so). Rather, the point is to have teachers consider how some type of ranking exercise may foster class participation by tapping into people’s penchant for listing and categorizing. Games or exercises that employ ranking, I have found, can help students hone their analytical and critical skills by engaging them in both classification and interpretation.

John A. Dern, PhD, is a professor of instruction in the Intellectual Heritage Program at Temple University.