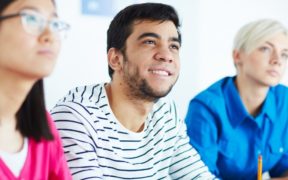 Critical thinking has become a catch-all phrase in any education literature that touts the development of 21st century learning. It seems that no matter which instructional model is being used or how the craft of ...

Preparing one of the plenary sessions for the recent Teaching Professor Conference provided me the opportunity to do some more work on questions, which if you’re a regular reader of this blog you will recognize ...

chat_bubble1 Comment visibility2245 Views
For Those Who Teach
Questions about All Those Questions Teachers Ask
Maryellen Weimer June 5, 2013

For some time now my good friend and colleague Larry Spence and I have been discussing the role of questions in the college classroom. The conversation started with concerns over the quantity and quality ...