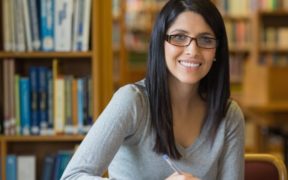 How good are your students at looking over their work and assessing the quality? Can they identify its strengths and say where it needs more work? Being able to make accurate judgments about one’s work ... 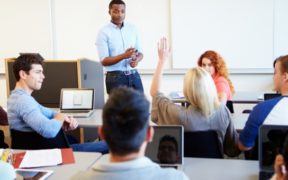 For Those Who Teach
Is My Teaching Learner-Centered?
Maryellen Weimer February 14, 2018

It’s hard to say—we have no definitive measures of learner-centeredness or even mutually agreed upon definitions. And yet, when we talk about it, there’s an assumption that we all understand the reference. My friend Linda recently ... 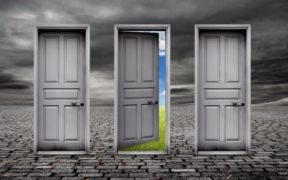 For Those Who Teach
Benefits of Giving Students Choices
Maryellen Weimer November 29, 2017

We already do give students some choices. We let them choose paper topics, decide what to do for group projects, select subjects for artwork—and we’ve seen them struggle to make those choices. Most students don’t ... 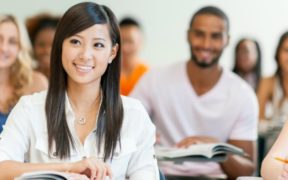 Memos to Students
A Memo to Students as the New Semester Begins
Maryellen Weimer August 23, 2017

To: My Students From: Your Teacher Re: A Better Learning Experience This is just a brief note to let you know how committed I am to making this a good course. But I can’t do my best teaching ... 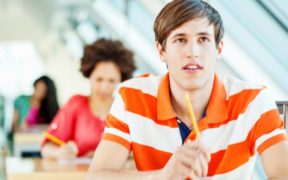 For Those Who Teach
Five Ways to Get Students Thinking about Learning, Not Grades
Maryellen Weimer April 12, 2017

The past several decades have seen an interest in learning surge. It’s always been part of our educational endeavors, but the recent focus on it has been intense—that is, for teachers. Our interest is not ...

chat_bubble0 Comments visibility6889 Views
For Those Who Teach
Taking a Look at the Effective Lifelong Learning Inventory
Maryellen Weimer April 2, 2014

The Effective Lifelong Learning Inventory, developed by a research group at the University of Bristol in the UK, is a self-assessment tool that helps learners develop an awareness of how they learn and encourages them ...

Magna Publications © 2022 All rights reserved
[dropcap]H[/dropcap]ow good are your students at looking over their work and assessing the quality? Can they identify its strengths and say where it needs more work? Being able to make accurate judgments about one’s work is an important professional skill. I keep worrying that there aren’t many places in our curricula where students have the opportunity to learn those skills.

That’s the overarching issue here. The more immediate concern is how do we get students to even take a look at what they completed before turning it in for a grade. Errors still abound in much of the written work we receive despite lots of online support for spelling, grammar, and punctuation. There seems to be a lot of students who would like to think mistakes don’t matter, or only matter to crotchety old professors. In a recent piece that describes their use of a checklist for lab reports, Wood and Wood make the point that academic writing is a new experience for most students and beyond that not all academic writing is the same. In fact, most disciplines have their own conventions and protocols that students are expected to understand and use in their work. With lots of content to cover, faculty don’t always have time to teach students the preferred style guide of the discipline and that leaves students the somewhat daunting task of figuring out the rules on their own. For the ecology course Wood and Wood wrote about, the expectation is that lab reports will be written as scientific reports. To help students with that requirement, the instructors developed a checklist for students to use to review their reports before submitting them. The checklist helped but not as much as the instructors had hoped. It appeared as though most students used them more as a mental checklist; “I did that.” “Yes, okay on that.” The checklist did not seem to motivate an actual review of the lab report. So, the instructors redesigned it. In its second iteration, each item on the checklist was followed with a space in which students copied something from their lab report that illustrated how they’d accomplished what the checklist described. In addition, if the convention was not followed consistently, the lab report was returned without a grade. Students were expected to find and correct their errors. If students submitted three lab reports written as the checklist proposed, they were no longer required to use it. And, this redesigned checklist significantly (as empirically measured) improved the quality of the lab reports. There’s some grading benefit to the teacher as well. The checklist isn’t graded and having it eliminates the necessity of pointing out the same error on report after report. Finding and fixing errors becomes a student responsibility. And isn’t that what needs to happen if students are to develop good self-assessment skills? They have to be able to look critically at their own work, identify mistakes, and then fix them. But in this approach students aren’t being expected to learn it all on their own. They’ve been given a checklist that identifies the characteristics, features, and conventions that need to be used in the lab report. They are being told what they need to do—they just need to do it and do it consistently. Yes, there’s some time involved in creating the checklist. The authors recommend starting with an analysis of the mistakes students frequently make. Those become core checklist items. In early courses and with beginning students, it probably makes sense to develop checklists of reasonable length. If students aren’t used to academic writing and don’t have a lot of experience looking critically at their writing, completing a checklist that asks for illustrations drawn from their work can be a difficult and time-consuming process. Early on it might be wise to demonstrate use of the checklist in class or online and offer some feedback as students are developing their self-assessment skills. I’m wondering if checklists don’t have potential in many courses and for lots of different kinds of assignments. Do you use them? Do they work? What advice would you offer someone who thinks they might help their students? Reference: Wood, M. D. and Wood, J. M. (2018). Saving time, increasing learning: Using checklists to help student perform disciplinary writing conventions. Journal on Excellence in College Teaching, 29 (2), 19-42.