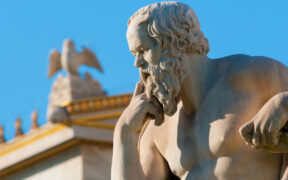 Professional Growth, Reflections on Teaching
Tough Texts: Why It’s Good for Teachers to Wrestle with Some Material
John A. Dern November 28, 2022

As James Boswell, noted biographer of 18-century English man of letters and dictionary author Samuel Johnson, writes in Life of Johnson, “The art of communicating instruction, of whatever kind, is much to be valued” (p. ... 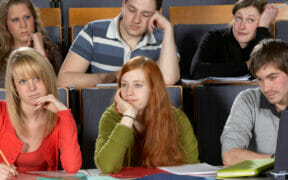 From the Print Archive, Professional Growth
Clinkers in the Classroom: We Can Learn From What Doesn’t Work Too
Sharon Hollander June 13, 2022

Books and journals on college teaching are chock full of best practices, compelling activities, and successful ideas for the classroom. These resources do help, but also helpful are experiences at the unsuccessful end of the teaching spectrum. ... 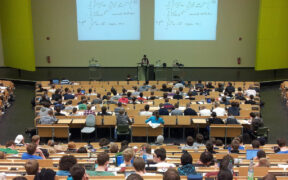 For Those Who Teach
What I Love about Teaching
Maryellen Weimer May 9, 2022

I know, it’s not the time of year when most of us wildly love teaching, but I’m thinking across the long trajectory of my career. I remember that first day in class when I spent ... 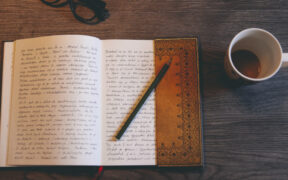 For Those Who Teach
Awakening to All Aspects of Teaching
Maryellen Weimer September 13, 2021

Originally, I added a few lines from a prose poem at the end of the compilation of reader responses to our queries about the questions teachers ask students. I wasn’t sure; the content fit, but ... 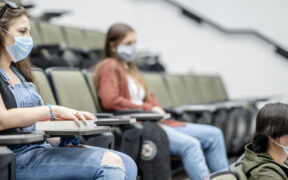 Every day of the past year or so seems to echo the refrain of “unprecedented.” It’s been a time both slow and fast, boring and frantic. I also used the time to reflect on my work ... 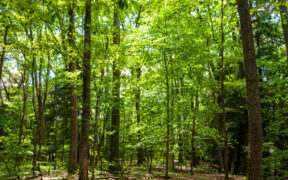 For Those Who Teach
Learning: About Trees and Teaching
Maryellen Weimer May 10, 2021

Recently I’ve undertaken a new learning project: identifying the trees in the woods around my home. I’ve lived among trees for most of my life and feel a special affinity toward them, but I can’t ... 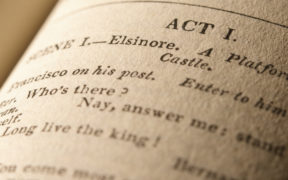 COVID-19, Reflections on Teaching
A Skull, a Screen, and a Quarantine: Teaching Shakespeare during the Pandemic
Nichole DeWall March 15, 2021

In more than a decade of teaching Romeo and Juliet at my small liberal arts college, I’d never had a student walk through class wearing only a towel. Then again, I’d never taught Shakespeare during ... 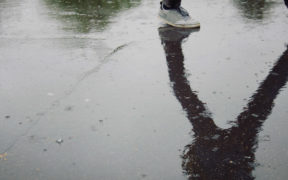 For Those Who Teach
Education: Like a Drizzle or a Downpour?
Maryellen Weimer February 3, 2020 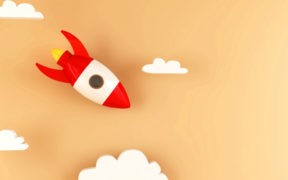 Editor's Pick, From the Print Archive, Reflections on Teaching
The Things I Did Badly: Looking Back on My First Five Years of Teaching
Graham Broad December 2, 2019

Like birthdays, anniversaries are occasions for reflection, and as I approach the fifth anniversary of my teaching career, I find that my thoughts are drawn to the things that I did badly. Here’s a list ... 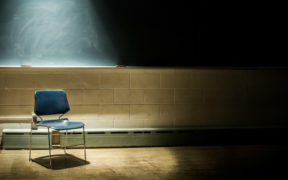 Editor's Pick, For Those Who Teach, Reflections on Teaching
The Things I Did Badly: Looking Back on 40 Years of Teaching
Maryellen Weimer December 2, 2019

Graham Broad’s piece reminded me of a short critique John Kenneth Galbraith did of his teaching: “How I Could Have Done Much Better.” The honesty of both is courageous and refreshing. Most of us were ...

As James Boswell, noted biographer of 18-century English man of letters and dictionary author Samuel Johnson, writes in Life of Johnson, “The art of communicating instruction, of whatever kind, is much to be valued” (p. 70). That art, I would add, benefits when teachers wrestle with material they find pedagogically challenging, particularly material outside of their expertise.

As an instructor in an interdisciplinary program, I regularly teach texts outside of my area of expertise. More to the point, a number of the books I teach could be considered “difficult” texts in terms of historical context, content, or rhetorical style; a few of them certainly challenged me when I first taught them, even if I became fairly comfortable with them after several semesters. But one text with which I personally continue to wrestle despite years of teaching it is Plato’s Euthyphro, a dialogue in which the characters Socrates and Euthyphro debate Euthyphro's (unsuccessful) attempts to propose a definition of piety.

I’m not completely certain what it is about Euthyphro. I don’t have any noteworthy concerns when it comes to the other Plato texts that I teach alongside Euthyphro, including the Apology and Crito. But Euthyphro pedagogically discomfits me, at least a little. Over the years, I’ve endeavored to establish an “approach” to teaching it, and there are strategies I use with parts of Euthyphro that seem effective. With other parts, however, I go back and forth between approaches. Euthyphro’s denouement, for instance, occurs over several pages as Socrates and the title character discuss the potential relationship between justice and piety, trying to determine which part of justice piety might be. The passage is somewhat discursive, and a surefire method for teaching it has eluded me. Over the years, I’ve done both close analyses of these pages with students, as well as various levels of synoptic discussion. Neither approach has left me entirely satisfied.

Admittedly, my students seem to come away with a solid appreciation of what's going on in the text no matter which approach I take with the denouement. In that sense, I could claim a measure of success with Euthyphro and perhaps even conclude that I'm overthinking it. Truthfully, it’s not that I think I teach Euthyphro badly; it’s just that my ongoing pedagogical dissatisfaction with it reminds me that I should be open to new and, perhaps, better ways to teach the other texts in my syllabus, including those that seem like second nature to teach.

One author in my curriculum whose works do seem like second nature to teach is Edgar Allan Poe, my primary research interest and my favorite author for decades. I'm such a fan of Poe that teaching his stories and poems seems almost effortless, especially given the amount of research I've done on his works. My experience with Euthyphro, though, reminds me not to let my confidence in teaching Poe lead to complacency, which could easily blind me to students’ possible struggles with his works. Thankfully, Euthyphro disrupts my pedagogical status quo.

In fact, even with Poe, I’ve experimented here and there. A few semesters ago, I thought it might be a good idea to delve into Poe’s use of rhythm and meter in two of the poems I teach. To that end, I made up a three-page handout on the subject to review with students. Previously, I had done only a cursory classroom discussion of rhythm and meter in Poe generally. As it turns out, however, the new approach really didn't help me achieve my course goals, so I essentially returned to my original approach. But I still post the rhythm and meter handout for my students to review on their own!

In short, Euthyphro reminds me that I should be open to new and potentially better ways to teach the other texts in my syllabus, including the Poe texts. No matter the material, if a teacher has found an approach that works, then that approach should not be randomly discarded. Neither, however, should a teacher cling uncritically to a well-worn approach. There’s something to be said for what is tried and true, but Euthyphro reminds me that I should also keep my eyes open for ways to do better, no matter what I’m teaching.

No doubt it would simply be easier to discard a text like Euthyphro, if possible, rather than continue to wrestle with it. However, I would encourage fellow teachers to embrace the challenge and the possibilities. When the time comes to teach Euthyphro each semester, I find myself surprisingly invigorated. This, I think, will be the semester that I discover the secret to teaching Euthyphro. I welcome the challenge, and I remind myself that all the material I teach can benefit from my ongoing effort to teach Euthyphro better.