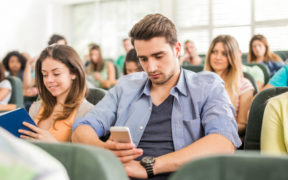 For Those Who Teach
An Update on Media Multitasking
Maryellen Weimer April 27, 2020

Can we talk about the perils of media multitasking enough? I don’t think so, and that belief was confirmed by a clearly organized and well-written review of the research on multitasking with various electronic devices ... 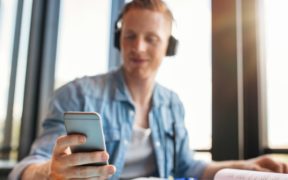 Motivating Students
Confronting the Myth of Multitasking: A Collection of Tools and Resources
Maryellen Weimer March 6, 2018

Download a self-check quiz for students, plus a look at key research findings Most of us need no research evidence to document that students are using their phones and attempting to multitask in class. We see ... 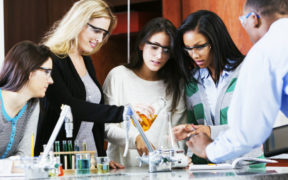 In the 2017 Hans O. Mauksch Address presented at the American Sociology Association annual meeting, Melinda Messineo argues that we aren't using as much of the science of learning as we could to help students ... 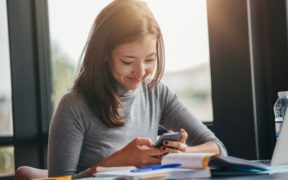 For Those Who Teach
Can Anything be Done about Students Multitasking?
Maryellen Weimer January 31, 2018

The amount of multitasking students do during class and while studying is alarming. Consistently, in response to surveys, more than 85% of students say they have their phones on in class, are looking at texts ... 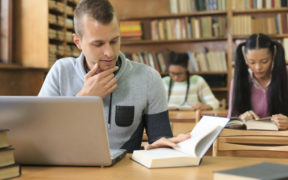 To say that technology has increased multitasking qualifies as a classic understatement. People walk and text, they talk and check Facebook, they shop during lunch, and they study with headphones on. At this time in ...

Given the predilection of students to check devices of various sorts during class, even when there's a prohibitive policy supported by regular teacher admonitions, it's not surprising that students do it when they are studying, ... 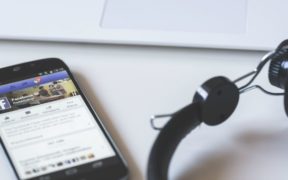 Students in a general psychology course completed weekly surveys on various aspects of the class. They reported their attendance, and if they used laptops during class for things other than note taking (like checking email, ...

chat_bubble0 Comments visibility1621 Views
For Those Who Teach
The Age of Distraction: Getting Students to Put Away Their Phones and Focus on Learning
Maryellen Weimer January 8, 2014

In a September 2012 post I briefly highlighted a number of studies documenting that most students don’t multi-task well. When they’re texting, looking at Facebook, or cruising on the Internet and listening to a ...

A study on student texting that confirms what most of us know: doing two things at the same time does not mean that both are being done equally well.

People text almost everywhere nowadays, and so it shouldn't surprise us that students are doing it in class. In this study of almost 300 marketing majors at two different universities, 98 percent reported that they ...

Can we talk about the perils of media multitasking enough? I don’t think so, and that belief was confirmed by a clearly organized and well-written review of the research on multitasking with various electronic devices (May & Elder, 2018). I try to be measured in my response to articles on teaching and learning, saving claims of greatness for only the best—and this is one of the best. Even better, it appears in an open-access source.

Most (maybe it’s close to all) of us are well-aware that multitasking in and out of class compromises students’ efforts to learn. We don’t need to be persuaded, but students do, and we need facts to convince them. This article includes many that should. Here are some of its evidence-based conclusions.

Students are media multitasking in class and when they study. In a 2012 survey (Junco), 69 percent of students said they texted during class, and 88 percent reported using Facebook and email. Analysis of time logs completed in 3,372 self-directed computer sessions by 1,249 students revealed that 99 percent of the sessions involved some multitasking (Judd, 2014).

Media multitasking lowers GPA. Fifteen studies cited in the article report that result. The more that media are used, the larger the negative effect on GPA, and gender is a nonsignificant variable. It doesn’t matter whether multitasking occurs during class or while studying; the effect is the same: lower GPAs.

Media multitasking in class results in lower test scores. Use of phones has been studied here. For example, in a study where students listened to a videotaped lecture, those not multitasking with media had 62 percent more information in their notes and scored a full grade and a half higher on a posttest (Kuznekoff & Titsworth, 2013). Texting lowers quiz scores as well. In one study (Froese et al., 2010), texting students “lost roughly 30% of accuracy on a quiz when texting.” Students who use laptops are frequently distracted by them. Kraushaar and Novak (2010) report that students opened 65 windows per lecture, and 62 percent of them contained irrelevant content. Distractive laptop window use also lowers exam scores. Here, as well, 15 studies document that using media while listening to lectures compromises exam performance as well as note-taking and content comprehension.

Media multitasking reduces efficiency while studying. In one study (Subrahmanyam et al., 2013) students read two passages (one hard, one easy) while either multitasking or not. Reading comprehension was not affected, but “multitaskers demonstrated markedly reduced efficiency.” Students who said they texted while studying reported spending more time studying than those who didn’t text (Bellur et al., 2015).

Students underestimate the negative impact of multitasking with media. Multiple studies report this finding. In one (Clayson & Haley, 2012), 68 percent of the students believed they could pay attention to a lecture and text at the same time. In another study students reported that multitasking increased their productivity (Lin et al., 2015).

In some of the work reviewed, students were aware of multitasking’s harmful effects. For example, when asked to predict performance on a quiz, those who texted expected lower quiz scores and were less confident about their predictions (Gingerich & Lineweaver, 2014). But despite recognizing that multitasking divides attention, students do it anyway.

So what can teachers do? Tell students to stop and enforce it with a strict policy? Maybe that will decrease the amount of media multitasking in the course, but forced compliance doesn’t teach self-regulation skills or stop the multitasking outside of class. How media multitasking affects learning is something students need to discover for themselves. But teachers can confront students with the kind of evidence contained in this review and then challenge them to find out for themselves. Many of the activities used in these studies could be replicated in a classroom.

Rather than reference all the studies cited in the column, I again recommend consulting the article. The citations are there, plus many more nuggets that you can share shared with students—in class, on the syllabus, on course materials, in the office, on the course website, in an email, or in any creative way that gets their attention.