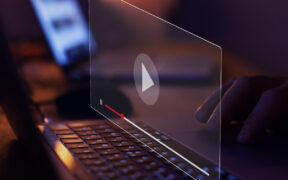 As a teacher I find myself constantly making video tutorials for students, colleagues, and others. These can be steps for completing an assignment, such as posting to a Padlet board, or for processes, like setting ... 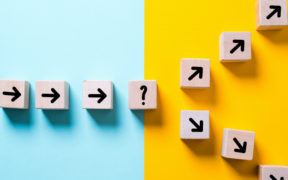 Since the closure of schools and universities this spring, Microsoft has been producing a wealth of remote learning resources in support of its educational tools, most notably Microsoft OneNote Class Notebook and Teams. OneNote Class ... 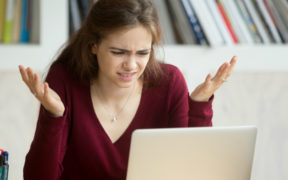 Scenario 1: You are in your office, preparing to grade final papers. Students were required to submit them through the campus learning management system (LMS). Upon review of LMS activity, you find that several students ... 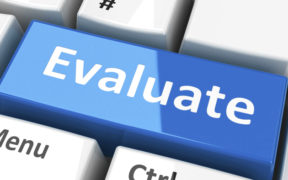 Many instructional technology products do not achieve high levels of use. Others are adopted but quickly abandoned. Technologies fail for myriad reasons, but many failures can be avoided if a comprehensive evaluation process is used ...

As a teacher I find myself constantly making video tutorials for students, colleagues, and others. These can be steps for completing an assignment, such as posting to a Padlet board, or for processes, like setting up a Google Form. Until now, I have always used Camtasia Studio from TechSmith to record a screencast of the process, adding arrows, text, zoom, and other directive elements in editing to further guide the viewer before loading it somewhere and sending them a link.

While the result is highly effective, the process has several downsides. First, it’s time consuming. Yes, I could just leave the original screencast as is without editing, but it can be hard for viewers to follow along when they’re trying to find the mouse arrow on screen, and they can easily miss what is clicked. Second, because the viewer is only watching along, not actually performing the process, it lacks the kinetic component that vastly improves retention. Finally, if the viewer has trouble with just one step in the process, they need to search through the video to find where that step is covered. For this reason, some people instead build a text document using screenshot images that serves as a more quickly searchable reference. But that’s even more time consuming than making a video tutorial.

Now iorad has come along, solving all these problems with a powerful tutorial creation system that approaches the speed and ease of handing the job to a professional. When Arthur C. Clarke wrote that “Any sufficiently advanced technology is indistinguishable from magic,” he could have easily been talking about iorad.

iorad is downloadable from the company’s website as a Chrome browser extension. After installing it, you launch the app by clicking on the icon in your extension toolbar. Doing so opens a side panel, which allows you to click Capture, and from there the system will record everything you do on your monitor until you tell it to stop, just like a screencasting app.

Here is where the magic comes in. Whereas screencasting software records a video of the screen, iorad interprets what you do and turns your actions into guided steps for the viewer to perform. For instance, if you move your cursor down the screen and click a button, the resulting tutorial will scroll down to that button, highlight it with a box, pause the video, and require the user to click that box to move on. If you type some text, it will highlight the spot where you put it and require the user to type in text as well.

But iorad does not only show the steps. It also creates text directions by interpreting the action and the information on the page itself. If you are demonstrating how to use a piece of software, and your action is to scroll down and click the New Section button, it will create a script that accompanies the visual of the action and says, “Scroll down and click New Section.” It then goes even further by converting that text into audio, with a voice reciting the instructions while the user watches. Surprisingly, the voice does not sound robotic, and the viewer can even choose the language in which they want the tutorial text displayed to them from a list of 103 languages. Note that the system can currently read the text aloud in English or Spanish but no other languages.

Because iorad is creating discreet steps rather than recording a continuous video, those steps can be individually edited like slides on a presentation. If you don’t like the text the system creates for a step, you can simply edit the text, and iorad will update the audio as well. If you want to cover up something, such as a student’s name, there is a feature that allows you to blur any part of the screen. You can also rearrange the steps as needed.

This also means that if you need to pause to think while making a tutorial, you don’t have to cut that pause from the final version during editing, as would be the case with a screencast video. iorad records only actions, and so if you don’t act while recording, it will simply wait until you do act to make a step before recording resumes. Also, if you make a mistake while recording, such as clicking the wrong button, you don’t need to start over. You just reperform the correct action and delete the incorrect step from the final product with click of a button. Plus, if you forget a step, you again don’t need to rerecord the entire tutorial. You merely record that step again where you want it in the tutorial, and iorad will insert it.

All this saves a huge amount of time when making tutorials. iorad claims that the system will allow you to make tutorials in one-fifth the time a screencast takes, and I think this is a conservative estimate. In my case, it might be more like one-tenth the time! Plus, the result is far better than a screencast because it is interactive.

What about the issue of a viewer needing to go back through an entire tutorial to find the one step that they need to remember? iorad has that covered as well. Users are given four options for viewing the tutorial: as a continuous, interactive experience in which they must perform actions to move forward at each step; as a video that plays through without requiring user actions; as a scrollable, vertically arranged series of still slides; or as a PDF of the slides. The system does not force the user to adapt to its format but adapts to the format the user prefers.

iorad uses a “freemium” pricing model with allows teachers to create tutorials with a free account. The free account provides everything you need to create tutorials, as well as a link for sharing them, and integration with outside systems, such as Google Drive and Canvas. Most teachers will be happy with that. But if they want to also create classes to share tutorials privately, track usage, and get analytics, these features are available in a plan that costs only $10 per month for educators.

iorad makes screencasting tutorials a dinosaur. Take a look at this tutorial on how it works and start thinking of what you will do with the time you save using iorad for your tutorials.