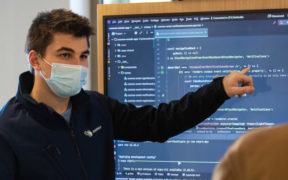 For Those Who Teach
Another Way into Your Teaching Philosophy
Maryellen Weimer February 1, 2021

Part of the lasting impact of the scholarship on teaching philosophies highlighted in my previous column results from the activities the authors (Beatty et al., 2009) developed to help faculty find their way to beliefs ... 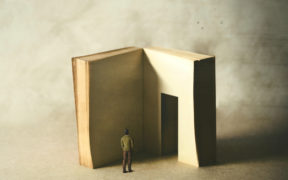 For Those Who Teach
Teaching Philosophies: Time for a Revisit
Maryellen Weimer January 25, 2021

Several discipline-based teaching journals now annually recognize articles that have had lasting impact. It’s a great way to honor pieces of scholarship that have advanced our understanding of important pedagogical issues and improved practice in ... 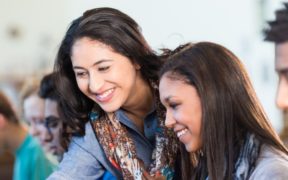 For Those Who Teach
Does Your Teaching-Learning Philosophy Align with Your Teaching?
Maryellen Weimer December 10, 2018

There’s a new book out called Activating a Teaching-Learning Philosophy. The word “activating” caught my attention. To me that says “doing something about your teaching-learning philosophy.” Unfortunately, our current use of teaching philosophy statements doesn’t ... 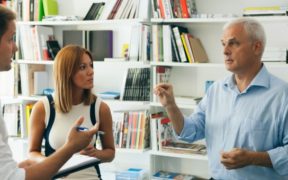 For Those Who Teach
Ugly Consequences of Complaining about ‘Students These Days’
Maryellen Weimer November 16, 2016

I recently overheard a faculty member talking about students, and it wasn’t good. She sounded very much like a conference presenter whom Melanie Cooper describes in a Journal of Chemical Education editorial. The presenter’s talk ... 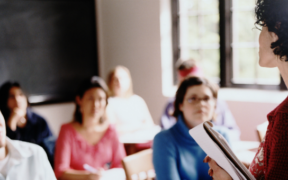 For Those Who Teach
Developing a Teaching Persona
Maryellen Weimer May 13, 2015

An email query about teaching personas reminded me how much I haven’t figured out about our teaching identities. I’m still struggling with very basic questions and wondered if a conversation here might not get us ...

I love it when something in the blog leads us to new ideas and insights. Neil Haave, who teaches on the Augustana Campus of the University of Alberta, submitted an article on learning philosophies. ...

Part of the lasting impact of the scholarship on teaching philosophies highlighted in my previous column results from the activities the authors (Beatty et al., 2009) developed to help faculty find their way to beliefs and a philosophy. The first, a guided imagery exercise, uses prompts to explore individual effectiveness in the classroom. More substantive, the second involves sorting through a series of cards (now available online through an app) and selecting those statements that reflect one’s beliefs. Completed individually or groups, the activity is clearly described in the article. Besides accomplishing its objectives, the card sort is an engaging exercise that one participant equated to peeling an onion—but likely with fewer tears, I suspect.

It isn’t always easy to peel away layers of detail and arrive at one’s core beliefs. What we believe about teaching, learning, and students mostly rests on unexamined assumptions and taken-for-granted premises. For example, many faculty believe in the shared nature of the educational endeavor. They’re committed to student participation in the process, but they pass out a syllabus that lays down the law in language that’s anything but participatory. Once they’re made aware of the inconsistency, I’ve seen faculty start revising the phrasing of policies immediately.

In addition to activities that lead to core beliefs, it’s valuable to explore how a set of beliefs fit together. They don’t operate independently but in concert, hopefully with some coherence. In this case it’s more like peeling an orange to see how the segments fit together, which can be rather hodgepodge, depending on the orange. Analysis of a scenario can uncover the interaction between beliefs. Let me offer one and follow it with some commentary and questions, and then invite your response.

Start with what you teach, be that in a professional or preprofessional program or a departmental major. You’ve been spending a lot of time with a student who is working hard but still doing poorly. All the effort needed to succeed is there, but few successes result. At this point, the student is a junior and now taking those courses with content essential to the major or the program. Despite minimal success in your course and others, the student remains committed to this course of study. But when you talk, it’s obvious that the student doesn’t think like a typical nurse, lawyer, or engineer (or graphic designer or political scientist—whatever you’re preparing them to be). Some of the student’s ideas are interesting possibilities, maybe having potential, but they are so not mainstream. You worry what a student like this in the workforce could do to the reputation of your program and institution.

Here’s what you need to decide: Should you have a heart-to-heart conversation and straight-out tell the student it may be best to switch to another field? Why or why not? What beliefs are involved, and how do they sit in relation to each other?

I used to believe that I could teach any student how to write. But I found out I couldn’t, and I’m referring to instances when the student wasn’t lazy or uninterested in learning to write. I don’t hold myself responsible if the student isn’t trying, but if I see student effort, and I am summoning my teaching expertise and finding it does not help the student write better, where does that leave me? What do I say to that student? More importantly, on what rationale does that message rest? How do beliefs about a teacher’s responsibilities line up with a commitment to student autonomy?

What if my assessment of what the student can or can’t do is wrong? What if I’m saying no to a Bill Gates or Steve Jobs? (Poor examples, I know; neither of them ended up needing a college degree.) But how many of the students we discourage have Bill Gates or Steve Jobs potential? Examples abound where people are told they can’t do something, and that’s precisely the motivation they need to prove that they can. We don’t hear as many stories about what happens when students take to heart teacher messages about absent abilities.

I’ve discussed students doing poorly despite good effort with a variety of different teachers. It was a nurse who most adamant, arguing that nursing programs could not let students continue when it became clear that they “weren’t cut out to be nurses. It’s a matter of life and death.” Does the message to students depend on the content you teach? How do beliefs about content fit with our notions of ability and the vexing relationship between ability and effort?

When in college, my second cousin aspired to life as a comedian. He was funny and worked hard on his stand-up routines. But what were his chances of making it in a field with so few jobs available? Jobs are limited in any number of fields—not a hard message to convey but more complicated when the real message is “you’re probably not good enough to get one of them.”

This collection of segments put together beliefs about ethical responsibilities that come with giving students’ guidance. They’re beliefs about learning defined by effort, ability, and the unique features of what we teach. They’re beliefs about the obligations we have to our content and those fields within which our students will perform. How do these beliefs fit together? We would love to hear your answers, insights, thoughts, and ramblings. Do scenarios help us put our core beliefs in order?