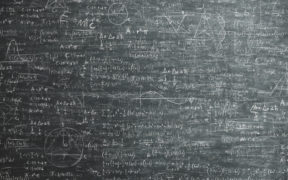 For Those Who Teach
Improving Communication about Effort
Maryellen Weimer November 25, 2019

Thirty-six percent. That’s how much of their grade students believe should be based on effort (Altman et al., 2019). They said 38 percent in one previous survey (Adams, 2005) and 40 percent in another (Zinn ... 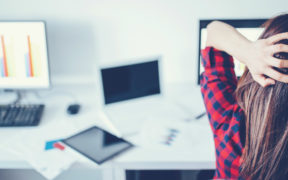 For Those Who Teach
Missed Deadlines and Due Dates
Maryellen Weimer May 20, 2019

Some students are habitual offenders while others never miss a deadline. So, what’s the best way to deal with late assignments, missed exams, and other deadline delinquencies? A tough hardnosed policy with consequences or something ... 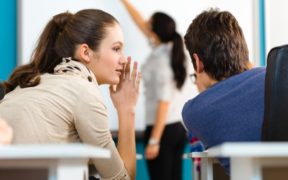 The typical college professor is bound to run into his or her share of difficult students during the course of an academic career. Some students create nuisances by engaging in annoying behavior, such as interfering ...

“My students act so unprofessional,” a faculty member complained. “Two of them were all but making out before class started and they never stopped touching each other during class.” Heads nodded and more ...

Thirty-six percent. That’s how much of their grade students believe should be based on effort (Altman et al., 2019). They said 38 percent in one previous survey (Adams, 2005) and 40 percent in another (Zinn et al., 2011). That was more than double the faculty response in each survey. In the 2019 survey, the researchers described this disparity as a “robust and enduring difference” (p. 205). Students also felt that effort should count most in required gen ed courses, which they don’t see as personally relevant. In those courses they reported that if a student was not “performing adequately” but trying hard, they should still get a D or a C (Altman et al., p. 205).

The 2019 survey also asked about effort in professional contexts. How much of a person’s salary should reflect effort? Students said 38 percent; employers said 24 percent. All three of these descriptive analyses are fine-grained, asking students and faculty about the value of effort in different kinds of courses and under different circumstances. For example, what about effort when the student is trying hard but doing poorly or when the student is doing well without expending much effort? They asked employers and students about performance that merits pay cuts and termination. There’re plenty of interesting details in all three studies. What’s consistent across them is the higher value students place on effort than faculty and (in the recent survey) employers do.

When students claim to be trying hard, faculty typically respond in two ways. They point out that they can’t verify or otherwise measure the effort students say they are making. Typically, students elaborate that in terms of studying, coming to class, doing the homework, and so on, they’re putting in many hours; faculty respond that if students were doing as much as they say, then their performance would show it. Both faculty responses are legitimate, but neither deals with the disconnects between students’, faculty members’, and now employer’s beliefs about effort and what it contributes to performance.

Faculty probably need to do a better job of detailing what college-level effort looks like. Skimming the text while texting, chatting, and shopping isn’t enough to understand most course content. Underlining every other sentence isn’t a good way to identify main ideas, central themes, and key concepts. Generic effort doesn’t improve performance; a particular kind of effort does, and we can describe that for students. We do need to be honest about how much effort it takes to do well in our courses. In reality, the old, two-hours-outside-of-class-for-every-hour-in rule applies to only a few courses now, even if faculty would like to believe otherwise. In many courses students can get As with a much smaller time investment than their teachers expect.

The other message we should communicate more effectively is the fundamental one. How hard students try should not count for nearly 40 percent of their course grade. Grades should mostly—some would say exclusively—measure mastery of material or of specified skills. To believe that effort counts this much sets a student up for professional disappointment. Companies have bottom lines. Employees who try hard but don’t deliver won’t advance and probably won’t last. Effort does matter—but only if it affects performance. The questions and scenarios asked in these surveys can be used to raise issues about effort with your students. How much do they think effort should count in your course? Compare their answer with yours and chances are you’ve got an excellent discussion starter.

What’s left for those of us who teach are three questions: (1) Should effort count? (2) If so, how much? (3) How might we measure effort? As we think about those questions individually and talk about them with others, I don’t think the goal should be definitive right answers. Instead, we should be looking for something more nuanced? Maybe effort counts at certain times in an academic career, in certain courses, or for certain students? Can we define effort in ways that make it measurable? I’m lobbying for us to put some effort into figuring out more about effort.