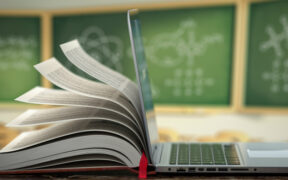 The internet is full of people voluntarily sharing information for the benefit of others. It originated as a means for government and academic researchers to share information (The Online Library Learning Center, n.d.), but this ...

The internet is full of people voluntarily sharing information for the benefit of others. It originated as a means for government and academic researchers to share information (The Online Library Learning Center, n.d.), but this sharing really took off with the advent of social media, which allowed anyone to be a content producer and sharer. It didn’t take long for people around the world to use social media to help those in need. For instance, projects such as the Standby Task Force use a worldwide network of volunteers to gather data and tag interactive maps with information to assist rescuers during a crisis. Similarly, YouTube is full of people like my son’s high school girlfriend, who posts twice-weekly videos on her channel with cosmetics advice for fellow high schoolers.

The point is that people want to share information for others’ benefit, and the internet facilitates this effort. But academia has been slow to get on board with the movement. Institutions still restrict course content to tuition-paying students. Initiatives that break down the walls of academia, such as MOOCs, were originally developed by faculty working independently of their institutions. Similarly, the open educational resources movement was initiated on noninstitutional websites such as MERLOT.

These efforts have made course and textbook content available for free to the public, but they have overlooked students as a potential source of open information. Student work is traditionally seen only by the instructor, even where it could benefit others. People often mistakenly think that FERPA requires student work to be private, but this is not true. Students can be assigned to create a public art exhibit or write a letter to the editor.

Open pedagogy is trying to change that by extending information sharing to student work. Werth and Williams (2021) define open pedagogy as having four characteristics:

Werth and Williams tested an open pedagogy program by having students create content for an open e-book as an assignment. They found that giving students a purpose to developing their work beyond a grade shifts student motivation from extrinsic to intrinsic. As Daniel Pink (2009) notes, switching from an external to an internal motivation has been proven to fundamentally improve performance on complex tasks, such as student assignments.

Moreover, open pedagogy taps into students’ intrinsic desire to benefit others. One student in the Werth and Williams study stated that when they first heard about the assignment, “I thought that it was, you know, going to be a lot of work, but something I had to get done” (p. 44). This is the extrinsic reward mentality of just going through the motions for a grade. But once the student started working on the assignment their perspective changed when they found that “We can change somebody’s life or change their . . . concept on the whole thing.” The project helped advance not only higher education’s mandate to serve the public good but also every graduation speaker’s directive to students to go out and make the world a better place.

There are a variety of ways for faculty to implement open pedagogy in their courses. An easy win is to have students develop study aids for future students. While Werth and Williams had students create an e-book, that product is similar to a textbook, which might not be widely used. A better option is to use apps that are easy to access and specifically designed for teaching. For instance, students can, either individually or in groups, create flash cards, games, quizzes, and other types of study resources for future students using a variety of free study systems on the internet.

Students can also provide advice to future students on how to succeed in class. It appears that one group in Werth and Williams’s class did a project on how to study, as one student stated,

Another interesting project is a MythBusters-style series where students use what they have studied in class to produce content countering common myths. For instance, a food science professor could have students produce content about myths concerning organic food (Wilcox, 2011; Brandt, 2012), or a philosophy professor may have students create content addressing myths about famous philosophers. Nearly any subject has common myths that would make for good teaching content for student open pedagogy projects.

YouTube and Wikipedia are the go-to sources of information for many people, and thus using either will provide the most reach for open pedagogy projects. An instructor can create a YouTube channel for students to post videos on topics in the instructor’s field. Also, many instructors (like myself) are having students create or add to Wikipedia pages to both demonstrate their understanding and contribute to public knowledge of course topics.

Finally, Tract is a free website for high school and college students to create lessons for younger students. The lessons are called “paths” and are video-based. Then the student completes associated activities, called “missions,” to earn digital coins. These can then be redeemed for things like a donation of one meal via Second Harvest of Silicon Valley toward the UN Sustainable Development Goal of zero hunger.

Open pedagogy assignments will improve student understanding and motivation, making them a valuable addition to your teaching toolbox.

The Online Library Learning Center. (n.d.). A brief history of the internet. https://www.usg.edu/galileo/skills/unit07/internet07_02.phtml

Pink, D. (2009). Drive: The surprising truth about what motivates us. Riverhead Books.