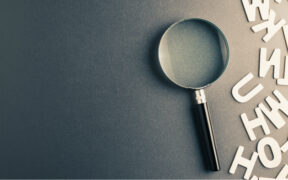 I find that the terminology used in textbooks in my discipline of applied behavior analysis (ABA) tends to lack any cultural context or descriptors that might connect today’s student to the text in a meaningful ... 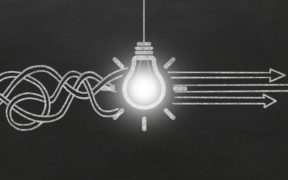 The use of open educational resources (OER) is growing in education as they save money for the students and facilitate instructor manipulation of the resource. Nevertheless, some teachers are reluctant to use OER because they ... 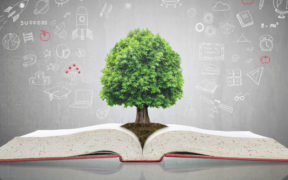 Open educational resources (OER) are gaining traction as a way to address the high cost of textbooks and students’ subsequent reluctance to purchase them. But there are still relatively few OER textbooks in many subject ... 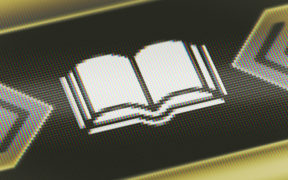 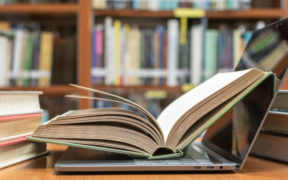 Many faculty and institutions are turning to open educational resources (OER) to lower costs to students and improve instruction. While much has been written about the search, evaluation, and selection process for OERs, the need ... 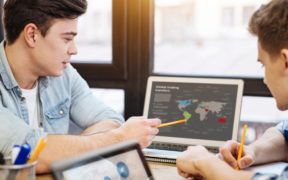 It is no secret that the cost of textbooks has skyrocketed over the past years, with students spending on average around a thousand dollars a year on textbooks (Meyer, 2016). It should thus come as ... 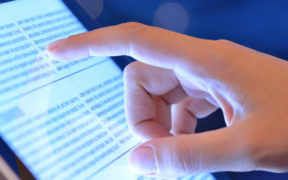 I have taught undergraduate students for nearly 35 years. In the past decade, I have seen an increasing number of students who don’t buy the textbook or, if they do, rarely read it. Many of ...

Online learning environments offer exciting opportunities for expanding the types of instructional materials that teachers can use. Because interaction is mediated digitally, teachers can tap into simulations, videos, case studies, and so much more to ...

I often tell faculty interested in online teaching that it requires a fundamental change in mindset from content creator to content curator. Faculty are used to creating their lectures from scratch for face-to-face courses, but ...

I find that the terminology used in textbooks in my discipline of applied behavior analysis (ABA) tends to lack any cultural context or descriptors that might connect today’s student to the text in a meaningful way. Textbooks are written by academics and so represent an academic style and language that tends to be generic to the exclusion of race, culture, sexual orientation, and other characteristics that students may personally relate to and build connections with as they learn. This style also does not align with inclusive and equity-centered practice.

A benefit of open educational resources (OER) is that they can draw from a wider range of contributors who can impart their culture, race, age group, or other perspectives into the content. Thus, I created the Open Glossary Project, in which my students developed a glossary of terms in my field that represent their backgrounds, cultures, and experiences. This is an exciting, equity-centered activity that serves as a powerful learning experience for the students who created it as well as future users in the field. Something similar can be done in most any field.

The first step to creating an open glossary is to provide students with a list of terms and a list of domains in which each term can be applied. Students then provide examples of how the terms are used in a variety of domains. For instance, if the term is positive reinforcement, students could provide examples from a variety of domains to include autism and intellectual disability, sports and nutrition, education, organizational behavior, animal behavior, and pop culture.

I then provide students with some exemplars. Additionally, I teach them the basics of OER and what it means in terms of licensing if they agree to participate in development of this glossary. Students understand that OER are resources that others may access at no cost, retain for their own use, remix and revise for other purposes, and reuse or redistribute, provided they give appropriate attribution to the author(s). They understand that this particular glossary will, when ready, be made available online publicly to not only our university community but more broadly anyone in the public sphere. We also review the important role that OER play in the diversification of resources, not only in the provision of access to those that are no cost. I strongly encourage students who wish to participate in this voluntary project to generate examples that reflect and affirm their cultures, customs, and experiences and those of their communities.

The submission process itself

We collected the submissions through a Google Form. Students provided the term, selected a domain from a drop-down menu, and then entered an example of how the term is used in that domain. The information was sent to a Google Sheet, which was then exported for transfer to a web-based platform that is still under early development to host the glossary.

Students also had the option to submit their content as a learning exercise without it going into the OER glossary, and I gave them the choice to indicate that they wanted their submission considered for submission only if no edits were needed. (Some students wanted to have their examples included only if they were accurate as submitted, so we added this as an option.) Additionally, students submitting items for glossary consideration could choose for their contribution to be attributed to them in the glossary by name or initials or not at all (as an anonymous submission).

The OER glossary product itself: What happens with these examples?

As I continue to gather more examples across more domains through another year of offering the course in question, the vetted examples that I have consent to use will be compiled into a searchable, web-based glossary of terms which will be licensed as an OER. I am working with a tech-savvy colleague to determine the best way to host this glossary online in a user-friendly platform that can continually be updated with new examples.

ABA students and others will be able to search by term (by typing in a search bar or scrolling through an alphabetized drop-down list of behavior analytic terms) and see a wide variety of examples sorted by domain or topic if they are trying to review a particular concept. Alternatively, a student who is interested in a particular subdiscipline could generate a full glossary of terms that yields only examples specific to that one domain. A student could also do both; select a term and select a domain and click “search” to generate a list of examples for that term specific to that subject matter (domain).

For example, a student who selects the term punisher (an event or stimulus that when applied contingent on a behavior being emitted reduces future frequency of that same behavior) may come across some of the following student-created examples:

While the pop culture examples that students contribute bring levity to the project, other examples, such as the latter two above, more poignantly reflect the lived or known experiences of the student-creators, their clients, or their communities. These examples may be seen as too “edgy” by commercial text publishers for inclusion, but they accurately demonstrate the disciplinary content in a way that reflects the glossary’s commitment to diversifying available OER for the field while affirming the student-creators’ experiences in the process.

Student feedback on the experience

Students who have chosen to participate in the activity have provided overwhelmingly positive feedback on the experience. Some examples:

Expanding the effort and forward momentum

Two faculty members at other universities, one in the Midwest and one in the Northwest, have been invited to participate and contribute to this project with their students, generating more potential content for the glossary and enhancing the opportunity for more examples reflecting diverse lived experiences, cultures, and backgrounds. I would encourage others engaging in the work of OER creation to always be open to partnering with colleagues within and beyond their home institutions. Expanding access to free or open resources (or both) for our students not only helps to address matters of equity in terms of resource availability but does so in a way that diversifies those resources in the process.

Rachel Potter, EdD, is the director of Applied Behavior Analysis & Autism Studies and an associate professor of education at Mary Baldwin University.