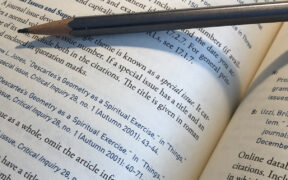 One of the bedrock principles of academia is not taking credit for another’s work. The way that faculty enforce that directive is by requiring citations in student research. But formal citations, whether in APA or another ... 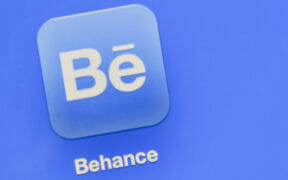 Behance is a digital portfolio system that is popular among artists. This makes it ideal for visual art students to develop their professional resumes for use after graduation. But portfolios have many uses beyond displaying ...

One of the bedrock principles of academia is not taking credit for another’s work. The way that faculty enforce that directive is by requiring citations in student research.

But formal citations, whether in APA or another format, are used almost exclusively in academic publications. Nearly all other forms of communication use other methods to cite sources. For instance, if I want to credit the source of an idea in a lecture, I just say the originator’s name, as in “Albert Einstein said . . .” I don’t give a full citation midsentence.

Formal citations are not how we give credit orally, but they are also not how people give credit in the types of communication students will use after college, such as images, videos, and websites. Nevertheless, many faculty and institutions require students to use formal citations in media where they do not apply. Consider PowerPoint presentations. Nobody is going to check a citation that appears onscreen during a live talk or remember it afterward. The reference text only clutters the visual and distracts from the message. Similarly, it makes no sense to put formal citations in videos. Documentaries draw their information from a variety of sources, but they don’t run APA citations across the screen. They would be completely unhelpful to the viewer and only distract from the message.

Note that I am referring to citations to outside resources in different kinds of media. I am not speaking of the formal rules for citing media in academic work. I think that confusion between these two different things is partly responsible for the misapplication of formal citations rules to nonacademic work. Here are some simple principles for teaching—and using—appropriate citation formats in nonacademic media.

It is important to understand that the message is communicated in live presentations and videos by the narration, not the visuals. Visuals are for amplifying that message with a visual analog to the words, such as an image. Visuals are not for projecting the speaker’s notes as bullet points; they are not three-by-five-inch cards. Bullet points are for documents, and the creator is giving a presentation or delivering a video, not a document.

This means that any written information that the presenter wants the audience to have afterward should be put on a document and given to them as a handout to be read at their leisure over a latte. That is where any citations are to be put. To save paper, a presenter can print or put on the screen a QR code that attendees can scan to receive the handout as a PDF or a webpage. For videos posted on YouTube or elsewhere, the description should include written information or a link to a document. This will provide the viewer with a permanent record of the written information without distracting from the visuals.

Thus, when students do a presentation or make a video, instead of requiring internal citations or a slide of citations at the end, instructors should have them create an accompanying PDF with any information that the student wants the audience to have for later. This can include a summary of main points, citations, and any further resources that they might want. Students should also have a method for delivering this information to their audience, such as a link or QR code. This will teach them to apply proper visual formatting rules for their visuals and proper document formatting rules for their accompanying material.

Images are cited by adding the creator’s name to the bottom of the image using graphic editing software, such as Canva. Students should be taught how to use free image sites to find their images, with Unsplash and Pixabay being among the best. Not only will this steer them away from ugly marketing stock of good-looking businesspeople high-fiving for no apparent reason, but these sites also provide citation text with their images. The user just copies the text and adds it to the image with a graphics editor.

Before Google, search engines were poor at delivering the websites that the user wanted. Then Google came along and changed everything. The Google founders’ fundamental insight was that web links served as citations. Thus, the number of links to a website was a good measure of its importance, just as the number of citations to an article is a good measure of its importance. They used this understanding to create a search algorithm based on counting links. While other search engines treated the web as a bunch of documents, the Google founders understood that the web is a different paradigm with different rules for citing sources.

The lesson is that linking is used to cite sources on the web. Thus, students should be taught to use links on their webpages, not academic citations. Moreover, some institutions still tell online course developers to put scholarly citations on the webpages of their online courses, which sets a bad example for students. Instead, citations on webpages are done by incorporating the author’s name into the text along with a link to the source. This allows the reader to jump straight to the source.

Those links should not be written out in http format, which is ugly and another holdover from the academic article paradigm. They should be embedded in the text as links. It is also considered poor practice to use phrases such as “click here” for a link. Instead, students should be told to just embed the link in an appropriate word or phrase. We have all learned that blue highlighted text is a link; we do not need to be told to click on the word.

Avoiding plagiarism does not require formal citation methods for academic work. It requires only that the author give credit where credit is due, and for nearly all types of nonacademic work, that is not done with formal citations. Instead of confusing communication methods by requiring formal citations on all types of student work, faculty can better serve their students by teaching them the methods commonly used to cite sources for the various types of communication students will use when they leave school.