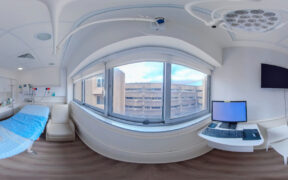 If you’ve considered using virtual reality in your course but are daunted by the tech required, there is a simple version that requires nothing more than a smartphone and free online apps. Three-hundred-sixty-degree panorama images, ... 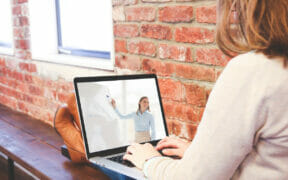 One of the most important developments in online education is closing the gap between content and engagement by making online learning content interactive. Instead of reading an article or watching a video and then engaging ... 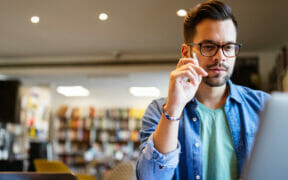 One major advantage of online learning is that an instructor can use the power of the internet for course content. Instead of having to create each lesson as a lecture in a face-to-face class, they ... 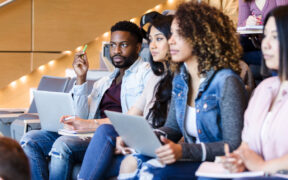 Nearly all teachers today use PowerPoint or Google Slides presentations to accompany their synchronous lessons. At the same time, students have laptops, tablets, or smartphones open during face-to-face classes. This offers teachers the option of ... 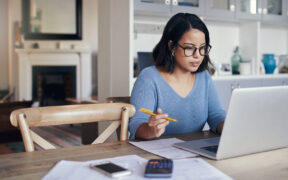 We learn best by returning to the same content over and over, reflecting on it each time to deepen our understanding. This is because knowledge is stored as patterns of neuroconnections in the brain, and ... 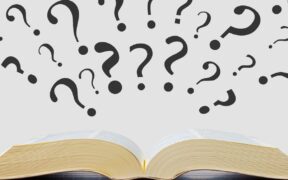 As teachers, we would like to believe that when students do the assigned reading, they will understand the content it covers and so can be tested on it or given new information that builds on ... 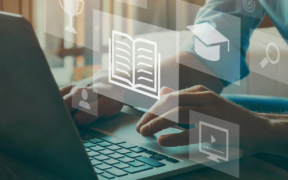 One of online learning’s biggest advantages over face-to-face learning is the ability to add interactions to learning content. Learning science has shown us that interactions are necessary to retain content, and thus today the best ... 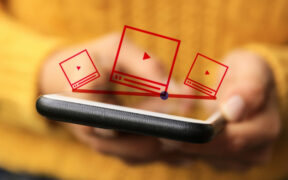 Online Teaching and Learning, Teaching with Technology
How to Add Interactions to Your Videos
John Orlando December 13, 2021

Retention improves when students can engage content at the time they encounter it, through questions or other interactions that move information from their immediate working memory to their long-term memory (Oakley & Sejnowski, 2018). But ... 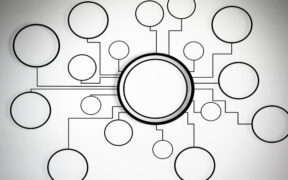 Case-based learning (CBL) is a teaching method that uses real-life scenarios to teach skill-based tasks. At the same time, it enhances learners’ awareness of the various contextual factors that affect problem-solving in complicated cases.

If you’ve considered using virtual reality in your course but are daunted by the tech required, there is a simple version that requires nothing more than a smartphone and free online apps. Three-hundred-sixty-degree panorama images, the kind made famous by Google Street View, can be shot on any smartphone, and when accompanied by audio, they provide a reasonable facsimile to virtual reality. Plus, multiple websites will bundle the images and audio into a story that leads the viewer through an exploration of a place.

The result is that instructors have started giving students 360-degree tour projects that illustrate what they have learned by teaching others. Students can use their smartphones and a website to demonstrate how principles from a class apply to their environment. Creating these multimedia tours requires students to think from the viewer’s perspective by choosing what is relevant and communicating that in a way that is engaging and easy to understand. Here is an overview of how to create these tours for course content and student assignments in your classes.

There are three basic steps to creating a 360-degree tour:

Any smartphone can shoot a 360-degree image, though the app used will depend on the phone and operating system. All apps work in essentially the same way: the user starts the shoot and then rotates around their location as directed by the app through arrows or buttons that appear in the viewfinder to take a series of still photos that the app stitches together into a single panorama. Nearly all smartphones built in the past five years include a panorama mode as part of the camera. There are also apps available in both the Play Store and App Store. Panorama 360 is a popular option. Note that many smartphones and apps have both a Panorama and 360 Panorama mode for their camera. The 360 Panorama mode is the one you want to use as it shoots in the 2:1 aspect ratio needed for the image. The other mode shoots a wider image, which will cause the photos to be unnaturally compressed when viewed on the hosting platform.

Students can be assigned to shoot either one panorama with multiple narrations attached to it as hotspots or multiple panoramas each with a single accompanying narration. This is a good opportunity to guide students in developing their use of vocal inflection, pacing, and word choice to draw the listener in—an increasingly useful but rarely taught skill. Most people sound robotic when first recording their voice, so instructors should give students feedback on how to improve their narration in both content and tone and require them to rerecord to see the improvements. A good resource for teaching narration is the NPR guide “How Audio Stories Begin.” I also direct students to a sample NPR podcast to show how to create interest through wording and tone.

As for the technology, Audacity is an excellent free program for recording and editing audio, though it does require a little training on audio editing. A simpler way to record audio that you do not plan to edit is with Vocaroo, a free website that allows users to record and download audio in one click. Students can use it to record short audio segments for their project; they can then save these to their computer along with their images.

Uploading to a hosting site

The last step is to upload both images and narration to a hosting site and combine them into a story. Here are some of the best hosting sites to use:

Three-hundred-sixty-degree tour projects provide a way to teach students multimedia communication skills for today’s media environment while also allowing them to exercise their creativity and ground their learning in the real world.