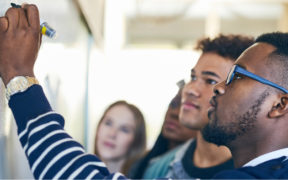 For Those Who Teach
Will the Same Approach Get You the Same Results?
Maryellen Weimer July 1, 2019

Implementation fidelity—it’s another of those academically impressive descriptions that isn’t nearly as profound as it sounds. It relates to whether a strategy or approach is being implemented as it was originally designed and used. Most ...

Implementation fidelity—it’s another of those academically impressive descriptions that isn’t nearly as profound as it sounds. It relates to whether a strategy or approach is being implemented as it was originally designed and used. Most often it refers to replicating research, but it has important implications for practice.

Let’s say you’re onto a new strategy, one you haven’t used before. Almost any strategy will qualify as an example. It might help if you think of one you’ve actually implemented so you can explore how implementation fidelity relates to your practice.

I first encountered the term in a terribly impressive review and critique of how we study and think about active learning (more about this resource in future columns). Whenever a strategy is implemented as part of an empirical inquiry, especially when the strategy is being studied in the dynamic milieu of the classroom, the event is unique. It involves the following set of circumstances:

Each of these factors needs to be thought of as a variable with the potential to affect outcomes.

One implication for teachers grows out of the interest in evidence-based practice. What makes that interest laudatory is that it was absent for so long. It used to be the teacher who determined whether something worked, often with dubious criteria such as whether the students liked it. Now teachers want evidence. Are there systematically collected data verifying that a certain strategy improves learning outcomes? It’s the right question to ask. The problem is that the research answer in any given study is based on the design of the strategy, the content it used, the students who did it, the course they did it in and the teacher who used it. This is why a single study or even several of them don’t provide evidence that a strategy promotes learning across the board.

Now even though a study can never be replicated exactly, the case is not as hopeless as it might first appear. Researchers can exert some control over the differences, and if a strategy continues to generate positive outcomes, the evidence in support of it accumulates, growing into generic support for the approach.

But there’s another an important caveat for teachers. Just because numerous studies have reported learning gains doesn’t guarantee that they’ll accrue when you use the strategy. You can hope, keep your fingers crossed, and believe there’s a good chance, but that’s it. How your students respond to the strategy and how the strategy works with the content you’ll have to find out. Moreover, if the objective is an evidence-based practice, then you’ll have to find out by collecting data and analyzing results. It doesn’t have to be publishable research, but there needs to be evidence beyond what you think or feel happened—think test scores, observable skill development, and so on. Evidence proves that a particular result occurred. If the circumstances unique to your teaching situation remain more or less the same, chances are good it will happen again, but still without guarantees.

Teachers can use a particular strategy multiple times, sometimes for years, and reliably get the same results. There’s the lovely feeling that this strategy works dependably. Then a course comes along and what happens isn’t at all like the usual outcomes. We’re surprised; we can’t believe it. But given how many variables impinge upon the success of a strategy, maybe we should be surprised when it works dependably and not at all surprised when it doesn’t.