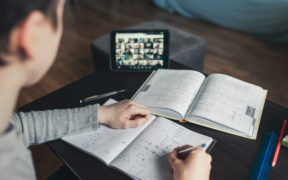 If you have studied a foreign language, you know that you start forgetting what you learn soon after you stop using it. But this phenomenon is not restricted only to foreign languages. In the 1880s, ...

If you have studied a foreign language, you know that you start forgetting what you learn soon after you stop using it. But this phenomenon is not restricted only to foreign languages. In the 1880s, German psychologist Hermann Ebbinghaus identified a “forgetting curve” when he found that people steadily forgot syllables they were given to remember over time. The forgetting followed a pattern represented below, which more recent experiments have confirmed (Murre & Dros, 2015) (Figure 1).

There is, however, a way to address the forgetting curve through spaced repetition of information retrieval (Smolen et al., 2016). Retrieving information at periodic intervals after learning causes it to crystallize in the mind as the brain builds stronger and stronger neural connections, the mechanism for storing information. This modifies the forgetting curve by essentially restarting it after each repetition, with each new repetition producing more long-term retention, as illustrated below (Figure 2).

But how are institutions to apply this finding when students take courses once and then move on? The Stevens Institute of Technology addressed the forgetting curve with a “boosted learning” pilot program that had students answer simple questions about course material at spaced intervals after the course ended (Zotti, 2019). Students were sent a total of six emails, one per week for six weeks, after their courses were completed. Each email had a single question about the course content. The first five questions were generally multiple choice, while the sixth required a short answer.

The Stevens Institute pilot used 101 courses, mostly online, with 2,418 students enrolled. Participation was entirely voluntary but encouraged. The overall response rate was 20 percent, though this differed by subject and over time. For instance, the response rate dropped over the Christmas break, though not after the spring and summer semesters. Stevens chose to use multiple-choice and short-answer questions for the pilot study.

The pilot program was designed mostly to test the feasibility of boosted learning rather than how well it improved learning, and so the institution did not try to measure and compare the understanding of students who participated with those who did not. It did, however, give the results to department directors, who used them to modify the curriculum in those areas where students tended to get questions wrong. In this way it provided a unique type of learning assessment that could also be used for accreditation purposes.

Stevens found that the administrative and technical issues are the biggest hurdle to overcome in a boosted learning program. Higher education learning management systems (LMSs) are designed to sequester all learning within a course, but corporate systems are designed to push out learning modules at any time, and so Stevens used the BoosterLearn system from Biz Library to host the program. Stevens sent the company the email addresses of the targeted learners, as well as questions, and the system handled the rest.

Implementing boosted learning at your institution

Higher education tends to assume that all learning must occur within a scheduled course, but the boosted learning pilot demonstrates how this is not necessarily true. We should remember that the class format for hosting learning was not chosen because educational studies proved that it was the best way to learn, but rather because it was easiest to administer with large groups of students. There is nothing sacred about the class format of strictly limiting learning to preestablished timeframes, and it produces the forgetting curve problem. The Stevens Institute study provides a roadmap for institutions to think about learning outside of the traditional class model.

As noted, the biggest hurdle is that the higher education LMS is designed only for in-class learning. Until that changes, institutions are left to look at corporate systems to facilitate a boosted learning program, or to build and run a program themselves using a quizzing system such as Quizlet. A department or faculty member can create a class on Quizlet and bulk upload student emails, then create multiple quizzes of one or more questions and send students periodic messages to take the next quiz. An institution might also consider notifying students through text messages with a mass texting system, such as MightyText, as email is considered passe among students today. This might improve the response rate.

A boosted learning system might be especially helpful between sequential classes over the summer. Many courses are designed to build on content covered in the prior course, and a department might want to send its majors questions at periodic intervals over the summer to reinforce information that is needed for the next course. This is in fact becoming common in the K–12 realm, where many school districts are assigning students reading or other work over the summer.

Finally, boosted learning programs need not be restricted to one question at a time. Students could be sent quizzes with a number of questions, as well as content such as TED Talks with follow-up interactions. Steven Institute had a relatively low response rate due to the fact that the pilot was purely voluntary and the questions were not connected to a subsequent class, but if a department set up a program for majors to complete between sequential classes, students would have more motivation to do the work because it would help them succeed in the next class. It could even be made a prerequisite for taking the following course to ensure 100 percent participation.

Those who want to learn more about the program can contact Robert Zotti, assistant dean of WebCampus at the Stevens Institute of Technology: rzotti@stevens.edu.