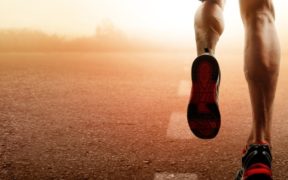 Course Design
Lessons from Expertise, Decoding, and a Quest for the Five-Minute Mile
Pete Burkholder May 1, 2017

A recent issue of Outside magazine recounts Charles Bethea’s attempt to run a sub-five-minute mile. At age 35 and fit, though not an elite athlete, Bethea’s goal is far short of the world record of ... 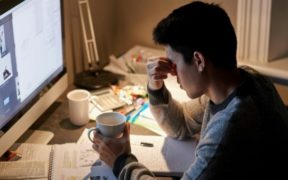 For Those Who Teach
Courses That Are Hard, but Not Too Hard: Finding the Sweet Spot
Maryellen Weimer November 9, 2016

I have been doing some reading and thinking about hard courses. Courses need to be challenging, but when they become too hard, students stop trying and little learning results. So how do we find that ...

chat_bubble0 Comments visibility4690 Views
For Those Who Teach
Why is it Difficult for Students to Learn the Content in Your Field?
Maryellen Weimer November 7, 2012

There’s no hidden agenda here: Asking the question of what makes learning difficult doesn’t imply that the objective is to make the content easy. Material can be so watered down that its basic integrity is ...

A recent issue of Outside magazine recounts Charles Bethea’s attempt to run a sub-five-minute mile. At age 35 and fit, though not an elite athlete, Bethea’s goal is far short of the world record of 3:43. And although many runners break the five-minute barrier, it’s still a feat well beyond the vast majority of adults. After a respectable benchmark mile of 6:19, Bethea flounders aimlessly. A former college runner advises him to aim for quarter-mile splits of 74 seconds, which Bethea learns he can do, one at a time and with rest in between. But he can’t figure out how to string the four fast intervals together. It’s not until he gets coaching from a world-class miler that Bethea realistically approaches his goal. He quickly learns two things: first, he needs to ramp up his weekly mileage dramatically, and second, he must vary his training to include a prescribed mix of slow runs, hill intervals, and sprints. The road ahead isn’t going to be easy.

Bethea’s progression from mindless, ineffective training to purposeful, measured workouts serves as an entry point to Anders Ericsson’s recent book, Peak: Secrets from the New Science of Expertise (2016). A professor of psychology at Florida State who has studied experts for much of his career, Ericsson offers fascinating insights applicable to college-level teaching and learning. Although most of our students won’t go on to become experts in our fields, we often aspire to instill the practices and habits of mind which undergird our domains. The question is, how do we do that effectively?

Like Bethea’s initial efforts, most of us, argues Ericsson, go about improving ourselves in ineffective ways. Want to be an elite chess player? Play lots and lots of chess. No less a visionary than Ben Franklin took that route, but he failed miserably in his pursuit of excellence. Why? Because getting better in chess requires not playing more, but carefully studying the matches of chess masters, systematically building up a huge database of positions and possible moves, and having that knowledge stored for ready use in long-term memory. Lacking access to the games of the European chess champions of his day, Franklin never developed the deep understanding of chess he so desired.

Chess masters, professional athletes, concert pianists—all of them work very hard at honing their craft. But diligent practice, Ericsson shows, isn’t enough. Rather, these experts engage in “deliberate practice.” A full explanation of deliberate practice isn’t possible here (see pages 97-100 of Ericsson’s book for an overview). Briefly, the regimen calls on the skills of an expert to teach it, works toward well-defined and specific goals, and requires feedback and modification. With experience, the adherent develops effective “mental representations” of the task and can both self-monitor and self-correct.

Teaching our disciplines is a bit different from coaching someone to play a sport or an instrument. For one thing, as Ericsson argues, there are no universally accepted criteria for identifying expert teachers (or doctors, or gardeners, or a whole host of other professions). This isn’t to deny that such teachers exist, only that it’s difficult to pinpoint who they are. As a result, and with due deference to Ken Bain’s book (2004), it’s not entirely clear what the best college teachers do. For another, unlike chess, where there’s an agreed-upon objective and clear understanding of success, many academic areas don’t have specific goals, let alone agreement on how to achieve them. My own field of history is a case in point. The American Historical Association’s Tuning Project outlines general learning objectives for the field. But these are suggestions only, not accepted or practiced by all, and there are no universally recognized mechanisms for reaching those goals.

Lacking such consensus, what should instructors focus on to move their students to the next level? A second recent book, The Decoding the Disciplines Paradigm (2017), by David Pace, offers a tantalizing roadmap. A co-founder of the “decoding” movement, Pace has been involved in this approach for decades. It’s based on the premise of a fundamental disconnect: experts perform operations involving many individual steps, executed unconsciously and effectively hidden from their students. Novices thus encounter “learning bottlenecks” — discipline-specific points of confusion and difficulty — through which they must pass in order to perform the more advanced operations their instructors ask of them. It’s by identifying these bottlenecks, then carefully deconstructing and modeling how an expert moves through them, that we can design and teach a more authentic and intellectually rewarding curriculum.

Pace uses texts as an example. To “read” a text has varying connotations and requirements, depending on the field and the text. Lacking an awareness of these subtleties, students understandably default to a content-based reading approach, no matter what the course or text. They take the artifact at face value, focus on unimportant points while missing the bigger picture, and fail to pick up on implications as a function of text type and authorship. In history, as Pace observes, and as I’ve also written about myself, experts approach text differently, unconsciously applying a series of questions that get at things like the type of source, authorship, credibility, and consistency with other materials. In the estimation of history education specialist Sam Wineburg, experts don’t read texts so much as interrogate them, thereby questioning validity and teasing out subtext that remains invisible to students. Such interrogative reading is a teachable heuristic, but it requires professionals to identify it as a point of difficulty, to consciously decode the operative steps for dealing with it, and to model its constituent parts explicitly. Students must then adopt these steps, apply them to the bottleneck that’s confusing or difficult, and receive feedback on their attempts.

The decoding approach thus dovetails nicely with Ericsson’s findings. Simply assigning lots of reading in history courses yields limited returns—just as hours and hours of playing chess didn’t do much for Ben Franklin’s game. But modeling and devising authentic exercises, laser-focused on a series of discrete learning problems, offers the opportunity to demystify our fields while challenging students to work through cognitive barriers. It’s not just practice, but deliberate practice that gets them to that deep learning level.

This brings us back to Bethea and his five-minute mile. After several weeks of deliberate training, he laced up his shoes and hit the track. He crossed the finish line, a picture of agony. As he describes it, he was making “audible grunting noises,” looked “a little deranged,” and had even tasted “the metallic flavor of blood” in his throat. The effort hurt, physically and mentally.

Bethea’s anguish is indicative of what it takes to reach a new level of performance, and it’s not just athletes who endure it. One of Ericsson’s more surprising findings is how little experts enjoy deliberate practice. In his study of violin students at an elite European conservatory, all of his subjects, whether merely good or the very best, “didn’t enjoy the work they did to improve” (93). For young children studying for the National Spelling Bee, such efforts were “not fun,” with all of the kids saying they didn’t enjoy the necessary study (166). And while amateur singers emerged from singing lessons “energized” and “happy,” the experience of their professional counterparts was quite different. The latter displayed concentration and effort which crowded out any sense of exhilaration. As the researcher puts it, “There was focus but no joy” (151).

Ericsson sees this as an inevitable byproduct of deliberate practice: such an exercise “takes place outside one’s comfort zone,” demanding “near-maximal effort, which is generally not enjoyable” (99). And remember: these are the experiences of persons already deeply devoted to their craft. Motivation of college students, particularly non-majors, becomes a real issue in the demanding environment of deliberate practice, a point to which Pace effectively devotes an entire chapter. But Pace is also up-front in how he pitches his approach to students: the tasks set before them are tough, but doable; the only reason students will fail is if they disregard instructions or devote insufficient effort.

What’s the reaction of students confronted with a course asking for spates of “near-maximal effort” which is “not fun,” but necessary, if they are to adopt the deliberate practices needed to work through learning bottlenecks? Here, the evidence is mixed. Richard Arum and Josipa Roksa’s Academically Adrift (2011) offers a bleak picture portraying unchallenging curriculums, inflated grades, and declining standards. They describe an unwritten pact between faculty and student, where neither asks too much of the other, resulting in limited learning gains. In my own field, limited learning is not surprising, insofar as a “coverage” approach to teaching history remains the dominant instructional mode. In these courses, students are asked for little beyond what Joel Sipress and David Voelker call “absorb and replicate” (23). Learning bottlenecks, and the deliberate practice needed to work through them, are neither encountered nor necessary in these environments.

Other scholarship indicates students will rise to the occasion if called upon to do so. In a study by John Martin et al. of engineering students’ attitudes towards “easy” and “hard” courses, the challenging classes were preferable, but only under certain conditions. Moreover, “enjoyment” was considered a positive attribute; yet, as seen above, deliberate practice is “not fun” or enjoyable. This is not to say that unpleasant classroom tasks or impossible goals are the hallmarks of good instruction. But it does suggest that discomfort is a crucial component of worthwhile learning. Wineburg justifiably calls the “historical thinking” of professionals an “unnatural act.” More broadly, Ericsson warns that “if your mind is wandering and you’re relaxed and just having fun, you probably won’t improve” (151). The difficult question isn’t whether there needs to be a certain level of distress, but where the bar should be set. Are we challenging students to the equivalent of Bethea’s five-minute mile? Or are we saying, “Five minutes, ten minutes—doesn’t matter. Just go out there and have fun”?

Charles Bethea could’ve just as easily set his sights on a six-minute mile, accomplishing it with minimal added effort, greater enjoyment, and no blood in his mouth. That he pushed himself much harder, ultimately running a 4:59.4 mile, is to his credit, and serves as a testament to the efficacy of expert training. In education, as in life, the old adage rings true: If it was easy, everyone would do it. In that spirit, Ericsson’s deliberate practice and Pace’s decoding offer valuable frameworks for helping our students achieve the next level.

Pete Burkholder is professor of history at Fairleigh Dickinson University, where he is founding chair of the Faculty Teaching Development Committee.