For faculty members requiring group work, one of the key logistical questions involves how long group membership should stay the same. Membership can shift after every meeting, or groups can be stable, with the same ...

Group work is a valuable learning device that teaches teamwork skills which students will use no matter what profession they enter. It is perhaps even more valuable in online classes, as more and more organizations ... 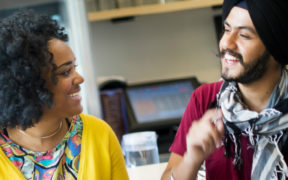 The reasons we should be letting students learn from and with each other continue to accumulate. Here are highlights from a large cross-disciplinary and cross-institutional study that explored the relationship between psychological well-being and peer ...

Many teachers avoid using group work because they fear what happens when students work together—some group members don't contribute, others contribute too much, there's no in-depth exploration of issues, some members don't deliver, others don't ... 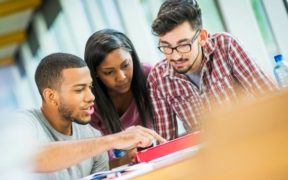 Making sure students come to class prepared is an ongoing challenge for all faculty members. With the Readiness Assurance Process, Team-Based Learning (TBL) helps instructors and students alike get past this age-old obstacle. This seminar transcript ... 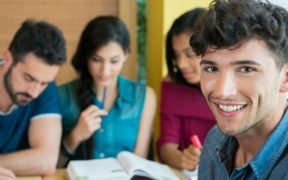 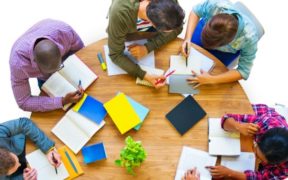 Grading small group work can be a challenge. Most instructors use a combination of individual product and group product, often developing a percentage split based upon the assignment (e.g. 70% individual work and 30% group ...

When using groups, teachers can form the groups or they can let students select their group members. When the groups are only working together for a class period or part of one, who forms ...

Recent interest in using group work to promote learning and develop important interpersonal skills began in the late '80s, and since then various types of group work have been promoted, researched, and implemented. Among the ...

Looking for an intervention that improves team functioning on group projects? Consider team charters. “A team charter is introduced to team members upon formation and provides the team the opportunity to discuss and, ultimately, agree ...

For faculty members requiring group work, one of the key logistical questions involves how long group membership should stay the same. Membership can shift after every meeting, or groups can be stable, with the same members meeting together multiple times across a content unit or a grading period or for an entire course.

There are arguments on both sides. When group membership shifts, students have the opportunity to meet and become acquainted with more classmates. The more classmates they get to know, the more likely the class will gel as a community, with students experiencing a sense of belonging and cohesion. If a particular group of students is not able to work well together, they are in a different group when group membership shifts. On the other side, stable groups allow for the development of deeper relationships, where students really get to know each other. If there are difficulties in the group, there's time to work around and through them. Norms and roles develop, thereby showing students why group members working collaboratively can accomplish more than persons working individually. When group members know each other well, they tend to feel more comfortable, and that allows them to engage in more challenging conversations.

The question of interest to this research team was whether shifting or stable membership had any effect on academic performance, as in exam scores. The context was two sections of a large introductory sociology course, where students attended two lectures per week and one recitation section with 30 classmates. The recitation sections, facilitated by graduate students, used, in addition to quizzes and film clips, cooperative learning groups to develop critical-thinking, problem-solving, and consensus-building skills. In the groups, students tackled complex scenarios for which they had to develop an action plan using course content. One section of graduate teaching assistants used shifting group membership while the second relied on stable group membership.

“Using two semesters of data, the analysis demonstrated that the stable-membership approach did result in higher test scores compared to the use of more traditional ad hoc student groups. This finding came with an important caveat: the stable membership approach only resulted in higher test scores in one of the two semesters” (p. 14). However, there was an important difference between the two semesters, and that was the amount of time students spent in groups. Film clips were used for considerably less time during the second semester, which meant that students were spending significantly more time working in groups. In that case, stable group members scored nearly half a letter grade higher than those in the groups with shifting membership.

In large, introductory, required courses, it is a challenge to get students connected with each other. They come from different majors and are routinely beginning students, new to college and new to each other. Large-course instructors typically rely on lectures, and so students in those courses often do not experience what it means to be members of a learning community. Group work, like that used in these recitation sections, gives them the opportunity to connect with other students, directly engage in activities where they must apply what they are learning, and explore how to work with others in groups. These findings are especially impressive in that this was not graded group work. Students came to these recitation sessions because each opened with a graded quiz, but the group work used the cooperative learning model—although the graduate assistants monitored the group discussions, they were not graded.

This research team does not hypothesize as to why the stable group membership made a difference. Research on small group dynamics would predict that as the members became more comfortable with each other, they were more willing to engage in vigorous discussion and that, as they debate, argue, and try out explanations and ideas on each other, their understanding of the content grows.

Both shifting and stable group membership are viable options. However, if the goal of the group work is to improve performance in the course, this research favors keeping the membership stable.