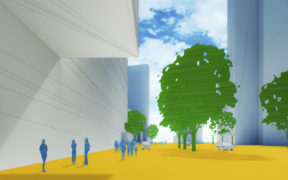 Educators have long praised the value of simulations and role-playing exercises and the impact of those experiential activities on student learning. As Bjorn Billhardt (2005) explains, “Simulations offer huge advantages over lectures, handbooks, or on-site ...

Educators have long praised the value of simulations and role-playing exercises and the impact of those experiential activities on student learning. As Bjorn Billhardt (2005) explains, “Simulations offer huge advantages over lectures, handbooks, or on-site trainers. They engage students while helping them retain and apply what they have learned.”

For more than two decades, one of us (Judithanne McLauchlan) included the use of role-playing simulations in her face-to-face American government course as a way to let students use in practice what they were learning in the lectures, helping them to think critically about the issues covered in the respective units. When redesigning this course to transition from face-to-face to fully online delivery, she wanted to retain a synchronous simulation, where students could see and hear and interact with each other “live.”

She found that moving the simulation from face-to-face to online actually improved the instructor and student experience and that the online format extended student engagement with the course material beyond what the face-to-face delivery achieved.

The simulation: freedom for the thought we hate

This simulation is designed to give students the opportunity to deepen their appreciation of the cases and issues that are covered during the civil liberties unit in an American government course. The role-playing during the simulation also gives students a better appreciation of the difficulties that confront elected officials when the topic moves from theoretical support for free speech to an actual controversy involving First Amendment issues.

The simulation is based loosely on the events that took place in Skokie, Illinois, in the 1970s. A Chicago suburb, Skokie had a high concentration of Jewish residents, including some survivors and relatives of survivors of the Holocaust. A splinter group of the American Nazi Party applied for a parade permit in Skokie to march through Jewish neighborhoods with Holocaust survivors.

For the simulation, a fictional version of the Skokie city council has to decide whether to grant a permit to Nazis who want to organize a torchlit, nighttime march through a neighborhood of Holocaust survivors. Students are assigned roles such as mayor, city council members, Socialist Party members, Nazi Party members, unaffiliated white supremacists, ACLU attorneys, religious leaders, and neighborhood residents.

Prior to participating in the simulation, students are expected to complete all assignments related to civil liberties unit (i.e., complete the readings, watch the video lecture, take the quiz) as well as prepare for their respective roles. For example, students who will be on the city council are expected to draft questions they would like to ask the presenters, and if they are to be presenters before the council, then they should prepare opening statements. A handout with the basics of parliamentary procedure is also posted for the students to review prior to participation in the simulation.

We used Blackboard Collaborate Ultra (BBCU), which facilitates synchronous virtual meetings for up to several hundred participants, to run the simulation.  Participants can interact with one another through voice, video, and text chat. BBCU also allows for recording, so students who are unable to attend the synchronous session can watch the recording. Of course, any comparable tool, such as Google Hangouts or Zoom, will also work.

The first semester that we introduced the synchronous simulation, we offered it at two different times: over lunch (noon–1:00 p.m.) and in the early evening (6:00–7:00 p.m.), both on weekdays. Students could indicate which session they preferred to join when they submitted their simulation role preference. But since the simulation can be recorded easily (in BBCU), in subsequent semesters we offered only one session (on a weekday during the lunch hour), and the remaining students watched the recording and then participated in the discussion board.  The “Freedom for the Thought We Hate” simulation is designed to have up to 75 participants, so one session is sufficient given the enrollment cap in this course.

The simulation, in terms of format, was implemented in the same manner and with similar instructions as in the face-to-face classroom. The mayor calls the city council meeting to order, the city councilors have the opportunity to ask the applicants questions about the parade permit, there is an opportunity for public comment, and then the city council discusses and votes on the permit request. The student who plays the mayor essentially runs the simulation, and the instructor observes the simulation and takes notes on the students’ participation for use in assessment.

After the simulation, there is a debriefing in which the instructor asks questions regarding the city council’s decision-making process as well as the results. Sample questions about the decision process include, for the city council members, How important was the pressure from the affected neighborhoods? the articulateness of the groups who spoke? For the Nazis: How were you treated? Where did the burden of preventing violence seem to lie? For city council members, questions about the results included, What factors most influenced your vote? And, for all students, regardless of role: What was the most important thing you learned from participating in this simulation?

After the synchronous simulation, students participate in an online discussion board. Prompts include questions such as, How did your participation in the simulation help you to better understand the challenges that elected officials face in protecting the First Amendment free speech rights for all their constituents? What did you learn about the value of free expression in a democracy? What was the most important thing you learned from the simulation?

Student response was overwhelmingly positive. Students reported having a better understanding of the challenges that confront elected officials and the values of free speech in a democracy in a way that would not be possible by passively listening to a lecture.

My participation in the simulation has helped me better understand the challenges elected officials face in protecting the First Amendment free speech rights of all their constituents.

The simulation helped me get a better understanding of civil liberties and how difficult it is for elected officials to reach an impartial decision, since it will not always satisfy everyone.

Putting myself into a city council member’s shoes was pretty difficult with the choice we had to make.

We were surprised that even those students who watched the recording of the simulation reported the same takeaways from the experience, even though they were observing their classmates rather than speaking during the simulation themselves. Below are representative comments from the summer 2019 discussion board posts:

I learned a lot by watching it. Even though I wasn’t involved in it, I felt like I was there as I heard the back and forth arguments that each person used to defend their position.

What I observed during the recording of the simulation “Freedom for the Thought We Hate” was it much like a current city council meeting I recently attended.

In addition to the discussion board posts, an anonymous student survey was administered online following the simulation. Student feedback was again overwhelmingly positive, and students highly recommended that the simulation be included in future semesters. Students also noted the benefit of the lessons learned and that the skills developed during the simulation would help them become career ready. For example, one student responded,

I liked everyone’s ability to act in roles. I know some were more difficult because you had to act the opposite of your viewpoint to create that person. An experience that will assist me in the future as I complete my political science degree and possible job opportunities.

Second, integrating the online discussion board into the assignment requirements enabled more interaction and engagement among students who participated in the synchronous simulation as well as with those who observed the recorded simulation. When teaching face-to-face, McLauchlan would conduct the debriefing after the simulation and then move on to the next unit. This discussion board feature used in the online course extends student engagement with the course content and the concepts that were related to the simulation beyond that necessarily brief in-class debriefing session.

We would encourage instructors to consider using simulations in their online courses.

Judithanne Scourfield McLauchlan, PhD, is an associate professor of political science; Karla Morris, MEd, is an adjunct instructor of education; and Steph A. F. James, MEd, is an instructional designer at the University of South Florida, St. Petersburg.