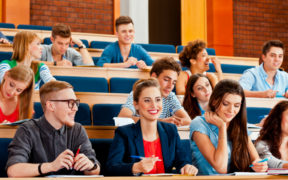 Among teachers’ biggest worries about trying to incorporate humor into their classes are that no one understands their humor, that they might offend someone, and that they’re just not funny. As someone with a clear ...

Among teachers’ biggest worries about trying to incorporate humor into their classes are that no one understands their humor, that they might offend someone, and that they’re just not funny. As someone with a clear bias in favor of humor notwithstanding, I say balderdash. Incorporating humor into your class can be low-risk and enjoyable and avoid all the above worries. It can also help you to enjoy class time more as well. And the best part is, you’ll be able to use a mode of communication that is one of the most-traded forms of social media for anyone who is a millennial or younger: the meme.

The term meme was first coined by Richard Dawkins (1976/2006) to point out a “unit of cultural transmission” (p. 192). Much like a gene that gets transferred from one person to an offspring, a meme was a sort of culturally held idea or text, such as a rhyme or a prayer, that one member of the culture transmitted to another. Memes now are much more viral, and in popular culture usage has come to focus on viral images or texts easily distributed on social media platforms such as Twitter and Instagram.

I use memes in my courses. In fact, here’s one I use in the extra credit section on my syllabus (Figure 1).

The above Willy Wonka/Gene Wilder meme, which is fairly popular and long-lived as far as modern day memes go, is taken from a scene in the movie Charlie and the Chocolate Factory (dir. Mel Stuart, 1971). The written content around the image may change depending on context, but the picture stays the same, and that’s what you’re tapping into when you use memes. The picture’s meaning is assumed by most who read it. The text merely contextualizes it: in my case, to my views on extra credit. That’s the beauty of memes. That’s what you can tap into as a teacher. There is one thing to note about the text to follow. When anyone analyses humor, it often loses its humorous punch. As E. B. White’s paraphrased idea of humor analysis wryly notes, “Analyzing humor is a bit like dissecting a frog: You learn how it works but you end up with a dead frog.” (For a fascinating look at the evolution of this quote—itself almost a meme in humor research—please refer to https://quoteinvestigator.com/2014/10/14/frog.)

The facial expression and body pose in the above meme are meant to show that you’re “listening” to the points being made but really don’t accept them. The caption indicates the conceptual oddity of students who haven’t done a lot of work in the class asking for extra credit. Basically, this picture is a clever little reductio of the argument for extra credit. While I use this meme as a funny way to introduce my stance on extra credit (I don’t like it, but I do give a little), this isn’t the only way to use memes. You can also use them to introduce or “explain” ideas and concepts. Figures 2 and 3 offer a couple of examples.

I can’t give examples from every discipline, but at least you can see that you can use memes in ways to help you get ideas across. As an aside, if you care to share yours with me, please send me some. What should be apparent is that Reddit is a great source of memes. At the end of the article there are additional resources listed to get you into the world of memes. Be careful, though, because you could wind up doing what many students do and scroll the day away, lost in a world of memes. I probably spent too long just finding the ones for this article. If you take some time and peruse memes, meme sites, and play around with them, I think you’ll find some useful memes for your classes.

But don’t think that memes need come only from you to your students. Don’t be a meme Sage on the Stage. If you’re hesitant to inject your own memes, flip the activity around. What could be a better way to engage students than to ask them to delve into an area they’re already experts in and then use it? Find a topic that students might struggle with and ask them to create a meme for it. Then have them share their creations. This could work as a discussion board project for online courses as well. Then see which memes get the most likes or people find the funniest. If you’re in doubt, ask the students. Save those for later use in other classes. In inviting memes from your students you’ve added a “break” moment in class that can help students refocus as well as providing another way to have the students contact and interact with the course material. It allows them to be creative and maybe have a couple of laughs, and it makes them work with course content so they are doing more than simply listening. They all may enjoy getting to see other folks’ creations.

If you want to be a bit more creative in your use of memes and not simply mine the various sites or use your students, try making your own. Here’s one I made for a presentation to faculty on why we should use humor in the classroom. The picture format is another famous one that most students will know (Figure 5).

If you’re interested in making your own memes, here are a few websites that will help you: Know Your Meme, Imgflip’s Meme Generator, and Cheezburger’s Meme Base. The process is pretty straightforward. Choose a picture, add some text, and right-click to save. Distribute, then impress your students with your savvy.

So why incorporate memes? There are a number of reasons. Memes rely heavily on humor, and humor is well understood to help us tolerate stress better, improve memorability, and make us more engaged with those around us (Bennett & Lengacher, 2006; Berk et al. 2001; Gonot-Schoupinsky & Garip, 2018; Mak et al., 2012). If you’re worried that humor might not be your thing or that using it could go awry, begin with some memes. You don’t need to make the whole class meme-based. Humor functions more effectively when it peppers our lessons and is used to help us through issues, highlight problems, or inject some much-needed levity. You’re still in class so avoid making the classroom fee more like a comedy club than a place of learning. Find a few memes you deem funny and use them here and there. If you use your students’, cite them—and make the citation itself a little humorous (e.g., “ J. Smith, Intro to Philosophy, spring 2018”). Modeling the use of citation when using students’ memes has the added benefit of showing that you value student work and give credit to your students for their work—all in the best spirit of an academic researcher who is still learning.

One final consideration: when you invite students to laugh and share humor, you not only improve student engagement but also stay reciprocally engaged as a teacher. As teachers we are focused on student success, and rightly so. But we should remember that sharing pleasant experiences with our classes engages us as teachers for the better as well. Students respond to engaged instructors. If you’re engaged, if they see you laughing and playing with content, they will appreciate it. They may not always get the joke, but it is endearing to watch a person enjoy their work. If you use humor and do so well, it is truly a win-win.

Michael K. Cundall, Jr., PhD, is an associate professor of philosophy at North Carolina Agricultural and Technical State University. He’s been researching humor for nearly 20 years and has his own company, Mirth Management. As an organizational humorist he helps organizations learn how to use humor to increase engagement. Find him on the web at www.mirthmanagment.co.